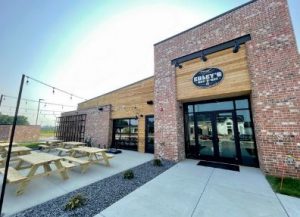 The Nashville style barbecue restaurant is the chain’s first in Illinois. It will be open from 11 a.m. to 9 p.m. Sunday through Thursday and from 11a.m. to 10 p.m. on Friday and Saturday.
For more information contact (618) 307-9111 or matt@edleysmw.com

Owners say the meats are smoked low and slow using Southern white oak. The sides are made from scratch daily with the same amount of attention. A full bar is offer with multiple craft beers on tap.

Edley’s offers catering that varies from corporate lunches to weddings and formal events. All locations offer takeout and delivery as well.

Edley’s is named in honor of Will Newman’s late grandfather, George Edley Newman Jr. who was born in 1907 in the farming community of Viola, Tenn.