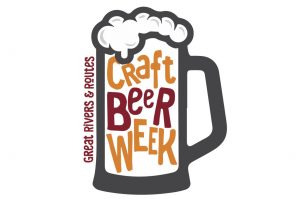 Each brewery put their own spin on the beer, so you can taste your way through the region with their special offerings  The Old Bakery Beer Company’s version will feature locally grown anise hyssop and lemongrass from Flourish Farm.  Recess Brewing Company will feature habanero hot honey.  Peel Brewery and Old Herald are featuring seasonal fruit with white peach and watermelon respectively.  Opera House Brewing will be featuring the unadulterated base version of the beer, which features complex spicy and fruity flavors.

The beer will be available only at the participating breweries during Great Rivers & Routes Craft Beer Week. Grab a pint and you’ll be able to keep a commemorative glass (while supplies last).

For more information go to: https://www.riversandroutes.com/craftbeerweek or @RiversAndRoutes on Facebook.