By KEVIN  BESSLER, The Center Square

Illinois has some of the highest fuel gas prices in the country, and next week, taxes on fuel will increase.

On July 1, the tax will increase about a half-cent per gallon, depending on the blend.
Gasoline prices are the highest they’ve been since July 2019, when the state gas tax doubled to 38 cents. At that time, lawmakers put in place an automatic gas tax hike tied to inflation.
Adam Schuster, senior budget and tax research director with Illinois Policy, said there is no accountability for politicians. 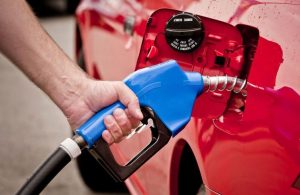 “What they should do is repeal the automatic increase in gas taxes and go back to a scenario in which if politicians want more of your money, they should have to be on the record and tell you why it is a good thing,” Schuster said.

The website GasBuddy shows that Illinois has the sixth-highest average gas prices and the highest in the Midwest by far.

The state gas tax hike in 2019 cost the average motorist about $100 more a year, according to an Illinois Policy Institute analysis.

While doubling the gas tax was sold by the Pritzker administration as “necessary” to repair roads and bridges, Illinois Policy Institute research found at least $1.4 billion of pork spending, including funding for swimming pools and pickleball courts.

The impact is felt even more by lower-income homes in Illinois. Many of the lowest income households in the country spend nearly one-fifth of their income on gasoline, three times more than the average U.S. household, according to an analysis by the American Council for an Energy-Efficient Economy.

Schuster said it is ironic that state officials are backing an advertising campaign that encourages residents to take road trips when the state has some of the highest gas prices in the country.

“Gov. Pritzker, who is out there promoting campaigns to drive around Illinois, really doesn’t understand the needs of regular Illinoisans,” Schuster said. “It shows the disconnect between our politicians and people.”