KBS announced Sunday that Shimkus, a Republican from Collinsville, has joined the St. Louis-based, bipartisan firm as a principal. 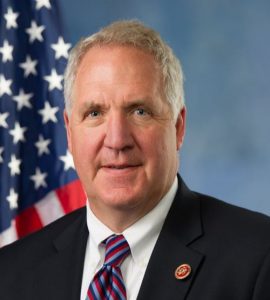 “With his record of public service and accomplishments and respect from both sides of the aisle in Washington, John is a tremendous addition to our team,”  Bond said.

Chairman of the firm, former U.S. Rep. Kenny Hulshof, said, “I served with John in Congress and am thrilled to be working with my good friend again. John’s decades of experience in successfully navigating Washington and his wealth of knowledge on diverse issues, from energy to defense, will be highly valuable to our clients.”

Prior to joining the firm, Shimkus served in the U.S. House of Representatives for more than two decades, representing Illinois’ 15th Congressional district. While in office, he was a senior member of the prestigious House Energy and Commerce Committee where he served as chairman of its Subcommittee on Environment and the Economy.

In addition to his time in Congress, Shimkus served in the U.S. military for 28 years, beginning with his graduation from the United States Military Academy at West Point. Shimkus was active duty in the Army and later a member of the Army Reserves, retiring with the rank of lieutenant colonel.

“Shaping public policy is my passion. As a member of the House for 24 years, I look forward to helping our clients understand and navigate the process in our nation’s capital,” said Shimkus in the statement from KBS.

Matt Roney, firm chief executive officer, said, “During his long tenure in Congress, John was a key figure driving policy in a number of areas. The Congressman will be an important resource to current and future clients and our entire team.”

The firm also announced that after a decade as one of the premier, boutique government affairs and business development firms, Kit Bond Strategies changed its name to the KBS Group to reflect the firm’s continued expansion.

After more than 40 years in public office serving Missouri as governor and U.S. senator, Bond formed the company in January 2011. Former Congressman  Hulshof joined KBS in 2015 after 12 years in the U.S. House of Representatives.