U.S. Senate Majority Whip Dick Durbin has reintroduced the American Business for American Companies Act, bicameral legislation to extend the year-to-year government-wide ban on federal contracts for inverted corporations by moving it out of the annual appropriations process and into permanent law.

Corporate inversions allow U.S. companies to shift their corporate citizenship from United Sates to a low-tax foreign jurisdiction while keeping their executive and headquarters in the United States. This is accomplished by merging with a foreign company that can be as little as one-fifth of the size of the U.S. corporations yet results in large, permanent tax breaks.

Unlike other tax loopholes that can be closed on a year-to-year basis, a tax inversion is a permanent change in a corporation’s structure. 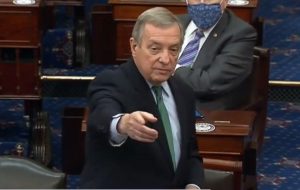 “When companies choose to invert and shirk their share of taxes, they shouldn’t be rewarded with government contracts. Simply put, it’s not fair,” said Durbin. “It’s time Congress closed this loophole once and for all.”

“Congress must close inversion loopholes to protect American taxpayers and businesses that pay their fair share and ensure we can meet our national defense, infrastructure, and workforce needs.  This legislation would be an important step towards ending the corporate shell game that allows some companies to shift their address abroad in order to reduce their taxes while remaining in the U.S. and increasing the financial burden on American taxpayers,” said Reed.

“The inversion loophole is one example on a long list of ways corporations dodge taxes at the expense of the American people,” said DeLauro. “We must close this tax loophole to prevent corporations from shifting their address abroad to avoid paying their fair share. This common sense solution to increase revenue will allow us to invest in the lives of children, families, and small businesses as our communities work to build back better.”

The American Business for American Companies Act would extend the year-to-year ban by moving it out of the annual appropriations process and into permanent law.

The legislation maintains the exception in existing law allowing an agency head to waive these requirements if doing so is in the interest of national security.

It also eliminates loopholes in the current law that have allowed inverted corporations to bid for and win federal contracts despite the ban currently in place. The legislation would close a loophole used by dozens of companies in recent years to move their tax address overseas while qualifying for taxpayer-funded government contracts. The legislation also provides authority for the agencies to prevent subcontracts with inverted corporations and join ventures that use subcontracts and joint ventures to evade the ban.

The bill also covers task and delivery orders. Under the current ban, some inverted corporations remain eligible for billions in new federal spending for years after inverting because of indefinite delivery contracts that allow them to continue to bid for and win projects in successive rounds. These contracts are typically structured with a government option to renew, and this bill would ensure that the new business goes to companies that don’t use the tax inversion gimmick, rather than rewarding companies that move overseas. 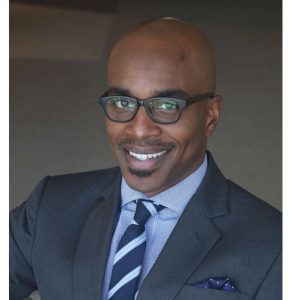