NanoAvionics plans to hire around 100 people by the end of 2022, about half of those for its satellite manufacturing facility in Columbia, which will be transformed into a hub for a ambitious growth and business development plan for the United States.

The small satellite bus manufacturer and mission integrator will develop the only satellite manufacturing facility in the state to become its main hub from which it will grow its portfolio and expand into other locations across the USA.

From this hub NanoAvionics will also coordinate all business development activities in the Latin America region, exemplified by an existing “D-2/AtlaCom-1” rideshare mission with Mexican consortium partners Space JLTZ and Polytechnical University of Atlacomulco, among others. 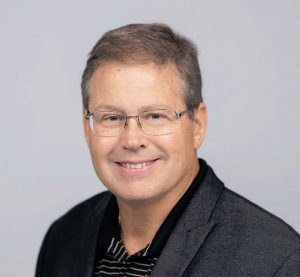 NanoAvionics US revealed additional plans to open a full scale MAIT (manufacturing, assembly, integration and test) facility for serial manufacturing of small satellites and establish a mission operations center. To enable and foster this growth, NanoAvionics intends to hire around 100 people by the end of 2022, about half of those for the Columbia hub.

The company has already tested the first satellites at the facilities for its U.S. customers missions.

Brent F. Abbott, CEO NanoAvionics US and in charge of the Columbia hub said: “NanoAvionics facility in Illinois is very scalable and allows us to take advantage of an immense talent pool of staff equipped with nanosatellite experience and graduates from multiple local universities like Saint Louis University, Missouri University of Science and Technology, University of Illinois, Iowa State University and Morehead State University.

The facility in Columbia will be used to produce high-quantities of nano- and microsatellite buses, for both single and constellation missions. By using a mass production approach, similar to the principle of the automotive industry, NanoAvionics is capable to manufacture hundreds of identical small satellites within a relatively short time frame of 6-10 months – ideal for satellite constellations.

“The USA is the largest NewSpace hub in the world and NanoAvionics US has an ambitious goal to take 30 percent of the U.S. market share in nano-/microsatellite manufacturing and mission provision services,” Abbott (shown) said.

“This is a direct response to the demand we are seeing, with our US revenues having already surpassed last year’s figures. We are already in on-going negotiations about satellite constellations with four NewSpace companies in the USA.”