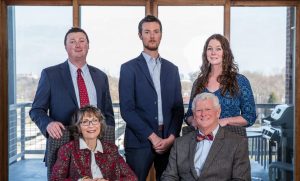 VIAA generates more than $350 million in written premium and is the regional founding member for the Strategic Insurance Agency Alliance (SIAA), a $10 billion national alliance. Insurance Journal named SIAA as number one in this year’s “Top Network Partnerships” list.

In 2017 VIAA and sister company POWERS Insurance & Risk Management relocated their headquarters to the city of St. Louis at 6825 Clayton Ave.  The companies occupy the second and third floors of the 17,000-square-foot building, leasing the first floor to the Scholarship Foundation of St. Louis.

“VIAA remains dedicated to retention, profit, and growth of family-owned independent agencies,” said VIAA’s Managing Member Pierce W. Powers Jr.  “We do this by delivering large agency advantages while agencies focus on local personalized service to their community.”  Powers added that he is “very blessed to be in business with my children, who are both my partners and fellow entrepreneurs.”

For more information about the alliance, call (314) 333-4910 or visit Valley Insurance Agency Alliance.