LEBANON — In a year when politics, government and voting dominated the news, Dr. Ann Collins’ passion for political science and her commitment to student democratic engagement earned her the Grandy Faculty Award for a second time.

The McKendree University Alumni Association announced the surprise honor at the May 8 undergraduate commencement ceremony.

Collins, of O’Fallon, Ill., is the 40th recipient and the fourth professor to be selected twice; she also received the Grandy Award in 2015. Each year during commencement an outstanding full-time professor is recognized for their commitment to students, the ideals promoted by the university and participation in the community it serves.

“She represents all that we want to be as faculty members,” added Dr. Tami Eggleston, provost and dean. 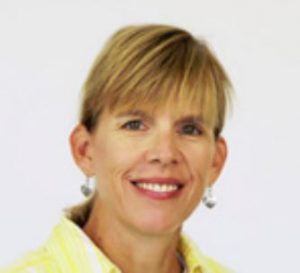 Collins (shown) teaches undergraduate courses in American politics, state and local government, and public policy with “enthusiasm and joy,” as one student commented. Another noted “she makes learning about politics fun and I hate politics!”

As an author and accomplished scholar of 20th century race riots, she is often asked to share her unique expertise with professional audiences and the media. Her books, entitled “All Hell Broke Loose: American Race Riots from the Progressive Era through World War II,” and “The Dawn Broke Hot and Somber: U.S. Race Riots of 1964” have made significant and timely contributions to the field.

The native Texan earned a Ph.D. in political science at Washington University in 2007 and joined the McKendree faculty soon after as a full-time assistant professor.

The Grandy Award is named for the late Dr. William Norman Grandy, who served McKendree from 1952 to 1968 as professor of philosophy and religion, and as dean of students, academic dean and interim president. 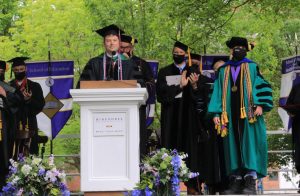