Debbie Ming-Mendoza announced Wednesday that she intends to seek a third term as Madison County clerk in 2022. 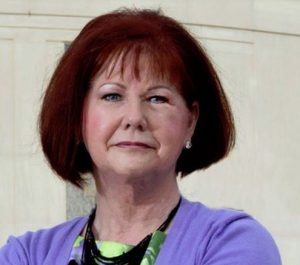 “Since taking over as clerk in 2012 it has been my goal to provide excellent services to the county while holding the line on the spending, and my team and I have accomplished that while taking on even more responsibilities,” she said in a statement.

With the combination of the Madison County Recorder’s Office into the Clerk’s Office this year, she said her team has built a funding method that is less reliant on funding from the county’s general fund, which results in a savings to the taxpayers and is a model for other counties throughout Illinois.

Ming-Mendoza said one of the most important functions of the County Clerk’s Office is in the running of elections.

“I’m so very proud of our efforts to ensure access to voting for all residents that ensure fair and free elections, it really is my passion,” she said.

“It was an honor to work with Debbie to expand opportunities for voters to cast a ballot during this pandemic,” Stuart said. “Debbie was instrumental in offering advice on the legislation that we passed last year and is dedicated to ensuring free and fair elections. There is no better clerk in Illinois at running elections and I’m proud to support Debbie in her re-election efforts.”

“Madison County has some of the best run elections in the State, with ample access to cast a ballot and a seamless and smooth process for all voters, Debbie and her team ensure we have fair and free elections in Madison Count and I’m excited to support her in 2022.”

Debbie Ming-Mendoza lives in Granite City with her husband Mercie. Debbie has two grandchildren from her son Richard and daughter-in-law Jeana, who also reside in Granite City.