Metro East home sales continued to climb, according to the latest Realtor statistics.

“Homes are selling fast, and the average sales price is going up. This would be a great time to put your home on the market and use a Realtor. Realtors are upheld to a certain Code of Conduct, which not only makes the process of selling your home easier, but also gives you a great sense of security.” says Celeste Wheeler, president of the Realtor Association of Southwestern Illinois, based in Shiloh.

The following statistics are provided by MARIS. 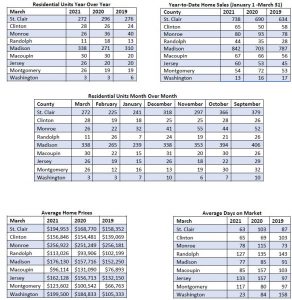 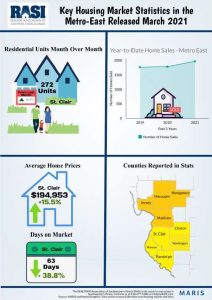