An analysis of a 900-page Clean Energy Jobs Act by Ameren Illinois concludes that the plan will cost Downstate customers nearly $20 billion over the 30 years.

Consumers and energy advocates from across Central and Southern Illinois are raising concerns about the Downstate cost of the bill pending before the Illinois General Assembly (Senate Bill 1718/House Bill 804, or “CEJA”).

The act is touted by supporters as a way to achieve 100 percent clean energy in Illinois by 2050.  However, Ameren Illinois leaders and members of the Downstate Energy coalition outlined their concerns with the cost of the bill at a Senate Energy and Public Utilities Committee hearing this past week.

Downstate Energy is a coalition of consumers and energy advocates, including union labor, who are working to ensure Springfield adopts energy policies that work for Central and Southern Illinois energy consumers as much as they work for Chicago-area utility customers.

“Costs matter to our customers and we have heard concerns from many that this measure will substantially increase their energy bills without delivering equal downstate benefits,” said Richard J. Mark, chairman and president of Ameren Illinois (shown). “We owe it to our customers to protect their interests and that’s why we dug into the numbers to get a true picture of the financial impact of CEJA. We need full transparency in the energy proposals.”

The nearly $20 billion CEJA price tag is on top of what Ameren Illinois customers are already paying for renewable energy incentives – under what the utility calls “the current failed system” – and would increase monthly electric bills for the average Downstate family by 23 percent.

Belt and Greenwood said that the Downstate Clean Energy Affordability Act (DCEAA, HB 1734/SB 311) is focused on ensuring that renewables can be developed at the lowest possible cost to downstate customers, using whatever clean energy generation method delivers those results. The proposal details are available at www.DownstateEnergy.com.

“When it comes to energy policy, Illinois is not a one-size-fits-all state,” said Greenwood. “Illinois operates under two grid systems and the economics for the energy markets in Northeastern Illinois and Downstate Illinois are vastly different.  The provisions in the DCEAA reflect this diversity and give Downstate customers the benefits of clean energy in a way that is fair, transparent and affordable.”

There are three key pillars of the Greenwood and Belt clean energy plan: increased production of affordable, renewable energy; incentives to jump-start the electric vehicle market; and solutions to maintain customer affordability in communities from Galesburg to East St. Louis to Carbondale. DCEAA will deliver the benefits of clean energy for less than $1 more per month on the typical customer bill.

“Representative Greenwood and I represent districts that have long been promised clean energy projects, but those promises have not been kept,” said Sen. Belt. “We need to get renewable energy assets built in the communities that need the economic jolt and do it while providing job opportunities for Black, Indigenous and People of Color. In other words, we will make sure that the people who are paying for clean energy get to build clean energy.” 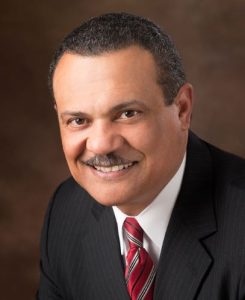 Thousands of consumers, representatives from Downstate communities, labor, and business organizations have voiced concerns about the adverse impact the CEJA bill would have on local economies and job creation.

“We’re all aware of past attempts at clean energy policy full of promises that were not kept,” said Larry Ivory, president of the Illinois Black Chamber of Commerce.  “My members were told that previous clean energy legislation would create jobs for our businesses and in our communities. Well, guess what? The legislation did create jobs, but they went to out-of-state contractors who aren’t committed to diversity and who don’t pay a prevailing wage.”

“When it comes to energy, what truly matters most is reliability and affordability,” said Mark Kupsky, mayor of Fairview Heights. “We’re all for taking the necessary steps to move the state toward a cleaner energy future.  This transition will be good for us, our kids, and our grandkids. But, it has to be done in a financially responsible manner.”

“The Illinois AFL-CIO supports Senate Bill 311 [DCEAA] due to its focus on expanding clean energy generation and the expansion of electric vehicle charging infrastructure in the Ameren distribution zone while ensuring the jobs created by these new investments are being conducted by our highly-skilled Illinois union workforce, earning a prevailing wage. The bill reinforces and enhances the regulatory framework that has allowed Ameren to make significant investments in modernizing its electric and natural gas distribution systems,” said Pat Devaney, secretary-treasurer, Illinois AFL-CIO.

“Energy availability, reliability, and cost are among the most important factors considered by businesses looking to expand or relocate to our state,” said Ronda Sauget, executive director and CEO of the Leadership Council of Southwestern Illinois.  “Today, the state’s constructive energy policy is an asset we can market. So, we’re concerned when we hear about proposals that will add unsustainable costs to businesses and put economic growth at risk.”

“The energy crisis in Texas underscored what can happen when there is a lack of investment in the core energy infrastructure,” said Steven Miller, city administrator for the City of Effingham. “We need to ensure that the transition to cleaner energy sources doesn’t leave downstate short of the energy needed to heat and cool our homes, run our businesses, and keep critical care facilities like hospitals and nursing homes operating.”

The largest share of the CEJA cost increase is attributed to changes it would require in how energy supply is procured in Downstate Illinois. CEJA’s provisions would leave Downstate short of having the minimum amount of capacity needed to meet the power needs of customers on the hottest and coldest days of the year.

Shortages in local supply drive up the costs of energy that would need to be imported from other states, Ameren said. This provision alone would add more than $8 billion in new supply charges to Downstate energy bills. The other costly provisions include:

•             $3.8 billion: Increased cap on the subsidies collected from customers to pay to the developers of solar projects.

•             $3.5 billion: Elimination of the Large Customer exemption for payment into Energy Efficiency programs.

“Ameren Illinois supports investing in the future of the grid – including investing in renewables and building a robust infrastructure that will allow our customers to have affordable and increasingly cleaner energy,” said Theresa Shaw, senior vice president of Regulatory Policy and Financial Services for Ameren Illinois, who testified on Thursday before the Senate Energy and Public Utilities Committee. “There is only one plan that does this in a responsible and affordable way, which is why we are supportive of DCEAA.  It will help the state meet its renewable energy goals while not unfairly burdening Downstate consumers a disproportionate share of the costs.”

Ameren Illinois says it launched DownstateEnergy.com and the Coalition for Downstate Energy to inform the people of Central and Southern Illinois about energy policies and issues and the effect on communities. The project is not funded by ratepayers, the utility said.