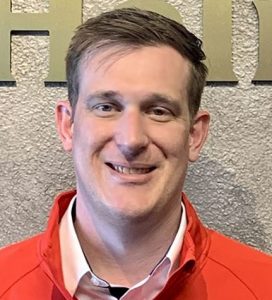 Runge has more than a decade of experience in the finance world, spending the past six years leading the finance team in an SAAS organization.  He was most recently vice president of finance at Facilisgroup, where he successfully navigated the IPO of its parent company.

As part of the leadership team at Facilisgroup, he led the rapid scaling of the organization that included doubling the employee size the past year while setting the foundation to triple revenues in coming years.

He said he is excited about the Helmkamp opportunity, calling the company “an organization heavily integrated in the construction and improvement of my local community. I’m looking forward to new challenges by joining the construction industry and contributing to the strong legacy Helmkamp has established so far.”

Runge will be working in tandem with Helmkamp’s Vice President and CFO Gary Bradstreet over the next several months as Bradstreet prepares to retire.