Highland mayor and longtime civil servant Joe Michaelis passed away on Wednesday, March 24. Michaelis was mayor for 16 years and had decided not to run for re-election this year, partially for health reasons. 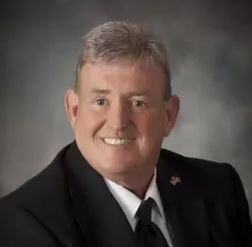 Michaelis married his wife Kathy in Highland in 1973 and graduated from SIUE in 1974 with a degree in Education and Physical Health.

Before serving as mayor, Michaelis served with the Highland Police Department for 30 years. He started as a policeman in December of 1974 and was promoted to sergeant in August of 1980. His final promotion in the department was to Police Chief in March of 2003. Michaelis then retired from the force December 31, 2005 and was elected mayor for the first time in 2005.

During his tenure as mayor, some of his biggest accomplishments included Frank Watson Parkway, Veterans Honor Parkway, and Rinderer Park.

A current member of the Highland City Council will be appointed as acting mayor during the next meeting on April 5 and the new mayor, Kevin Hemann is sworn in following the election.

Michaelis asked that the city not make any public statements after his passing and his family has reinforced those wishes.

Mr. Michaelis had suffered health issues after a devastating fall at his home in 2015. Here is a recap of his remarkable story: