The Illinois Commerce Commission announced  Wednesday that Michael Merchant has been named the agency’s new executive director. Merchant fills the vacancy left by Christy George, who went on to become the first assistant deputy governor, Budget & Economy at the Office of the Governor. 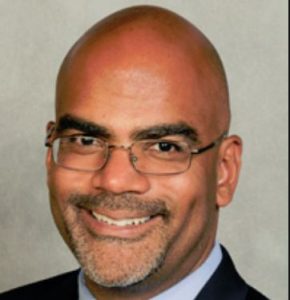 Merchant is the first African American male to hold the role of executive director at the Commission, and he will be responsible for supervising the Commission Staff and overseeing management of the agency’s budget. Presently, there are approximately 204 employees at the ICC.  He began March 16.

Merchant most recently held the position of acting assistant director at the Illinois Department of Central Management Services, leading the Business Enterprise Program and the agency on its COVID-19 PPE response.  Prior to CMS, he spent four years as the director of Government Affairs for the Metropolitan Pier and Exposition Authority which owns and manages the McCormick Place Complex. He also served in a variety of important positions at the City of Chicago, including as Chief Executive Officer for the Chicago Housing Authority, commissioner for the City of Chicago Department of Buildings, and as deputy director in the Mayor’s Office of Intergovernmental Affairs.

Merchant earned his Bachelor of Science from Morehouse College and his Juris Doctor from DePaul College of Law.

“I am grateful for the opportunity to join this interesting and multi-faceted agency.  I look forward to working with the ICC Commissioners and Staff to address a wide array of opportunities and challenges facing both the utility and transportation sectors in Illinois,” he said.