Terrell Carter, 47, has been chosen as new executive director of Rise Community Development effective July 1, the board has announced. 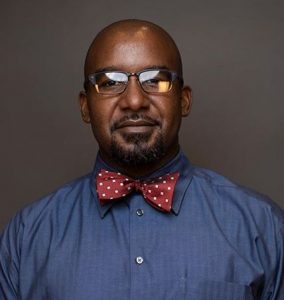 “Terrell is clearly passionate about St. Louis and helping people improve their communities,” says Rise Board Co-Chairperson Mary Campbell. “He will take ownership in Rise’s mission of partnering with communities to build stronger, more equitable neighborhoods.”

Rise is a Community Development Financial Institution, described as a mission-driven nonprofit that provides loans and services to small contractors, developers, and businesses that are underserved by traditional banks. Rise CDFI serves St. Louis City and St. Louis County in Missouri, as well as Madison County and St. Clair County in Illinois.

Rise has been instrumental in several redevelopment projects in Metro East, including a housing project in East Alton and the restoration of the old YWCA in Granite City.

Carter said he has enjoyed a wide-ranging career bringing about positive changes in the St. Louis region’s diverse communities. He most recently served as chief diversity officer at Greenville University in Greenville, Illinois, where he created and implemented the institution’s first-ever diversity and inclusion plan. He has led two local non-profits, successfully serving Northside residents and seniors in the region, and he has experience in construction and residential development project management.

Carter began his community-focused career as a St. Louis City police officer, an experience that informed his thought leadership in the authorship of a number of books, including “Walking the Blue Line: A Police Officer Turned Community Activist Provides Solutions to the Racial Divide” and “Healing Racial Divides: Finding Strength in Our Diversity.” Carter holds a Doctorate of Ministry from Central Baptist Theological Seminary, focusing his work on organizational leadership. 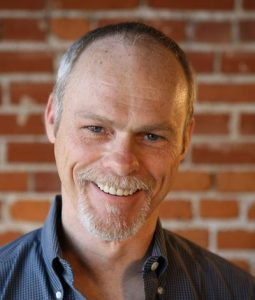 As executive director, Carter will work closely with staff to build trust and work towards identifying new opportunities that will lay the foundation for the continued success of Rise.

“My calling in life is to serve others by helping them improve their life circumstances,” said Carter. “Rise is the preeminent St. Louis organization that not only improves the lives of individuals but the outlook of our region. It is a privilege to join this organization.”

Carter will succeed Stephen Acree (right), who announced his retirement last year. Acree joined the Regional Housing and Community Development Alliance, later rebranded as Rise in 1999, and became executive director in 2001. Under his leadership, Rise completed $300 million in residential development, with over 1,200 units of affordable housing in St. Louis, was certified as a Community Development Financial Institution, and more recently, has taken an active role in neighborhood planning that focuses on racial equity and emphasizes community engagement.

“Leading Rise for such a large share of my career has been an honor and a privilege,” said Acree. “I have been fortunate to work with some amazing people, including a highly talented and dedicated staff, a supportive board of directors, and many strong partners throughout the community. “

There will be a gradual transition over the next few months as Acree works with Carter to ensure a smooth transfer of leadership.