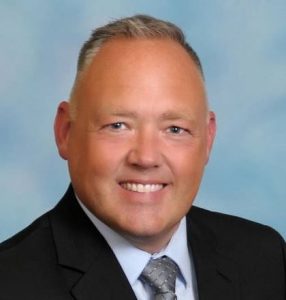 Dr. Paul Shelton is returning to Southern Illinois after being named Monday night as the superintendent of schools in Edwardsville.

He is current assistant superintendent of elementary education in the Lee’s Summit R-VII School District in Lee’s Summit, Mo. Prior to joining Lee’s Summit, a district of 18,000 students in the Kansas City-metro area, Shelton served as the coordinator of customized learning in the Parkway (Mo.) School District.

He has also served as a building principal in Parkway, as well as Wood River-Hartford School District 15. He started his career as a K-12 Music Teacher in Staunton CUSD 6 prior to becoming an administrator.

Shelton will take over for Superintendent Jason Henderson, who is stepping down at year’s end. Henderson resigned last November after being hired in early 2019.

Shelton will begin a three-year contract with the district on July 1.

Working with the Illinois Association of School Boards, the Edwardsville school board received about 30 applications.