SPRINGFIELD — The state House Transportation committee advanced two bills to the House floor Monday in its first meeting of the 102nd General Assembly.

The first bill would make spending by the Illinois Department of Transportation more transparent and accessible to the public.

House Bill 253 would establish a new asset management program for IDOT. The bill seeks to ensure that spending decisions for maintenance work and investment choices for new projects are based on objective metrics, and that those metrics be made available on the IDOT website. 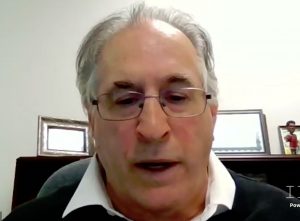 According to bill sponsor, Rep. Kambium Buckner, D-Chicago, the bill would create a needs-based plan for the upkeep of IDOT assets relating to public transportation such as vehicles, facilities and equipment. It would also require IDOT to develop a performance-based model for selecting what projects the department will fund in order to maximize taxpayer investments.

Factors that may be considered include improving traffic, boosting an area’s economy, reducing environmental impact and increasing public safety.

Projects started and funded by the federal government would be exempt from the legislation.

The second bill considered and passed by the committee, House Bill 270, would remove the burden of funding bike lanes and sidewalks tied to IDOT projects from cities and towns and place them solely on the state.

Rep. Anna Moeller, D-Elgin, says under current law municipalities are required to match 20 percent of the state’s investment in order for construction projects on state transportation facilities to include bicycle and pedestrian ways. No other additional construction considerations, such as turning-lanes and traffic signals, require cities to put up their own funds to include in projects.

According to Moeller, this prevent smaller towns and villages, especially in rural areas, from having safe infrastructure for pedestrians and bikers near facilities under IDOT jurisdiction.

“Rural and low-income communities do not have the capital or resources to provide matching funds to bring these opportunities to their community,” Summit Village President Sergio Rodriguez said during testimony in support of HB 270. “Many of these communities operate on a tight, simple and conservative budget, and just paying salaries and maintaining infrastructure usually takes up most of the financial resources.”

Responsibility for maintenance would still be transferred to the municipality once construction is completed, in line with similar transportation projects.

Both bills received unanimous support, with the committee’s Republican Spokesperson Michael Marron, of Fithian, praising the consideration given to rural and smaller communities in both bills.