But nearly every district responding to survey has shortage of substitutes, too

SPRINGFIELD – Hiring teachers is even more difficult in southwest Illinois school districts than it is in most of the rest of the state, according to a new study from a regional superintendents group.

Of the 61 southwest Illinois districts that responded to the 2020 Illinois Educator Shortage Study, 87 percent said they have a teacher shortage problem. Statewide, 77 percent of districts responding to the survey said they have at least a “minor” problem hiring teachers.

The Illinois Association of Regional Superintendents of Schools report, which will be released Monday, shows rural areas are being hit the hardest by educator shortages. In the southwest region, those rural districts are forced to rely on uncertified substitute teachers to fill in the gaps. 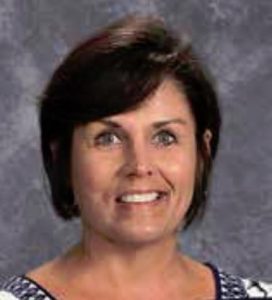 At the same time, Wollerman (shown) said districts in her region have had to rely heavily on long-term substitutes amid a shortage of more qualified candidates.

Of the districts in the southwest region that responded, 43 percent said significantly fewer applicants qualified for the open positions in their district compared to previous years.

“We want to get certified teachers in the classroom certified for the area they’re teaching in, but we’re not seeing those in our applications,” Wollerman said. “We have teachers that are teaching out of their certification area. And we have classes that are being moved around and changed because we don’t have the certified staff to teach each other anymore.”

According to the survey, 53 percent of districts in the southwest region believe substitute teacher availability has become significantly worse in the past five years.

“I’m not sure it can get much worse. I feel like we’re kind of at the bottom of that right now,” Wollerman said, noting she is worried that the increased reliance on long-term substitutes could become a problem.

“That puts a lot of pressure on the substitutes because a long-term substitute is not just somebody that comes in and stays in the classroom for the day to make sure nothing bad happens, they’re actually teaching,” she said.

Wollerman said substitute teachers must do research and figure out the content and the method of teaching, and full-time teachers and administrators often work harder to assist them in the effort.

Before COVID-19 and related mandates, an educator in the Triad School District based in Troy who started coughing in the afternoon would likely be able to continue teaching for the rest of the day. The district would have time to find a replacement for the next day, Superintendent Leigh Lewis said.

Now, that’s not an option. The teacher must go home and begin isolation immediately, and finding a substitute teacher on short notice isn’t always a possibility, Lewis said.

Belleville School District Superintendent Ryan Boike said his district hired permanent substitutes for the first time this school year. A permanent or long-term substitute works five days a week, wherever they’re needed within the same district, rather than being on an availability roster for multiple districts.

In late November, when average daily cases in the U.S. were increasing, Madison County Regional Superintendent Robert Werden estimated that, on average, between 150 and 200 subs were requested throughout the county each day, not including any permanent substitutes the districts might have hired.

The Madison County Regional Office of Education had 159 registered substitutes. A person who’s registered as a substitute isn’t necessarily working as one — Werden said some people go to a classroom once and never go back.

The state’s law increasing the minimum wage in Illinois to $15 hourly by 2025 poses another long-term problem for the substitute teacher shortage, said Kelton Davis, regional superintendent for the Monroe-Randolph Regional Office of Education.

In the rural districts Davis oversees, he said the average rate for a substitute teacher was about $75 a day, and districts had to boost that up to about $85 during the pandemic.

For a six- or seven-hour workday, either rate works out to right around the $11 hourly wage that took effect Jan. 1. Schools will have to boost their substitute teacher pay as the minimum wage increases, and Davis questions where that money will come from.