Reports: U.S. attorney in northern Illinois will remain in post for now

SPRINGFIELD — One former member of the Illinois General Assembly was indicted, along with his two sons, on charges of tax evasion this week, while a second former lawmaker pleaded not guilty in a separate case that alleged he committed federal tax fraud, among other charges. 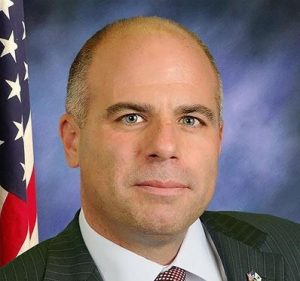 Former Republican state Sen. Sam McCann, 51, pleaded not guilty on Tuesday, through his court-appointed public defender, to charges of fraud, money laundering and tax evasion related to his alleged misuse of more than $200,000 in campaign funds.

McCann (shown) was a 2018 gubernatorial candidate for the Conservative Party and was a state senator representing the Springfield area from 2011 until January 2019. He was charged earlier this month by federal prosecutors in Springfield.

Lausch, who was confirmed by the U.S. Senate in 2017 with the endorsement of Illinois’ senators, will remain in his job, despite some initial uncertainty about whether President Joe Biden would nominate a new U.S. Attorney in Chicago. The Chicago Sun-Times and Chicago Tribune reported he will keep the job at least until a successor is named despite Biden’s request that U.S. attorneys who were nominated by former President Donald Trump resign by the end of the month.

U.S. Sens. Dick Durbin and Tammy Duckworth released a statement this week that acknowledges the President’s right to select U.S. Attorneys, but states “there is precedent for U.S. Attorneys in the Northern District of Illinois to remain in office to conclude sensitive investigations,” the statement reads.

“We are pleased the Biden Administration is acting on our request to retain U.S. Attorney Lausch until his successor is confirmed by the Senate,” they said in the statement. “Mr. Lausch has served with professionalism and without partisanship… After our repeated calls, we appreciate that Mr. Lausch will be given this opportunity.”

Among those sensitive investigations is Lausch’s investigation into utility giant Commonwealth Edison’s scheme to bribe associates of former House Speaker Michael Madigan, through no-work jobs and contracts, over a period of several years to ensure the General Assembly passed legislation favorable to the company.

In June, the Chicago Tribune reported that Acevedo revealed he was interviewed by federal law enforcement regarding his consulting fees connected to lobbying for ComEd. Acevedo told the Tribune he worked as a consultant paid by a former Democratic lawmaker, John Bradley, who was then a contract lobbyist for ComEd.

Acevedo received income from an unnamed Illinois company in 2017 and 2018 but “he attempted to evade taxes for those years by receiving payments in cash and handling his affairs in a manner so as to avoid the creation and maintenance of customary business and accounting records,” according to the indictment.

Acevedo, who served in the Illinois General Assembly from 1997 to 2017 representing Chicago’s 2nd House District, is also charged with failing to file income taxes from 2015 to 2018.

The indictment does not make any mention of ComEd or the bribery scheme, referencing the unnamed company as Company A.