LaPlantz joined the bank in August 2011 and has consistently been one of the bank’s highest producing lenders, especially in developing commercial banking relationships. 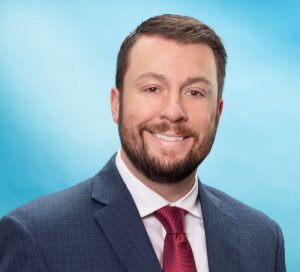 “As with most banks, loans are our largest earning asset and Mark will oversee all areas of our lending function,” said Rick Parks, First National Bank of Waterloo President. “He is well-respected in the business community and has the skills to lead us forward. I am confident in his abilities and we are grateful to have him in this position.”

Prior to joining First National Bank of Waterloo, LaPlantz earned his B.S. in finance from St. Louis University and an MBA from SIUE. He also completed the Graduate School of Banking at the University of Wisconsin-Madison as well as other IBA programs throughout his career.

First National Bank of Waterloo is a full-service community bank serving customers since 1912.  The bank is locally owned.It has more than $730 million in total assets and 13 banking centers in Central and Southern Illinois.