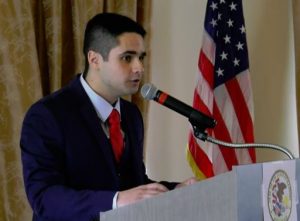 SPRINGFIELD – Former state Rep. Michael Madigan, 78, handpicked his successor on Sunday when he voted to fill the House seat he resigned from on Thursday, marking the end of his 50-year career in the state General Assembly.

Out of 10 candidates, Madigan voted for Edward Guerra Kodatt, a 26-year-old employee of Madigan’s 13th ward organization on the southwest side of Chicago, who is of Ecuadorian descent and bilingual.

Vacancies in the 22nd House District are filled by vote of the Democratic committee persons who represent the wards within the House District, which include the 13th, 14th, 18th and 23rd wards and Stickney Township. The votes are weighted by population, and Madigan’s vote guaranteed Kodatt’s appointment, as his ward includes more than half of the district’s population.

The demographics of the 22nd House District have shifted since Madigan was first elected in 1971, and it now has a majority Latino population.

Kodatt is a native of the southwest side and recently worked on the Democratic campaigns of state Sen. Karina Villa, of West Chicago, Rep. Lance Yednock, of Ottawa, and Rep. Jennifer Gong-Gershowitz, of Glenview.

“My life has always been here on the southwest side. And I want to continue my work on behalf of those in this community by serving in the General Assembly as a new generation steps up to lead us into the future,” he said.

Kodatt was officially sworn in after the committee meeting concluded.

Kodatt, a graduate of Eastern Illinois University, was asked by committee members about whether his approach to public safety would address police accountability.

“I come from a big police family, so I support the police, but I also don’t support police malpractice either so there needs to be a good area in the middle where both sides could come and we can all agree on what happens when certain things happen in the community regarding incidents with the police,” Kodatt said.

He said his mother, who is an immigrant from Ecuador, served as law enforcement with the Chicago Police Department, as well as his father and step-father.

When asked what he would do differently from his predecessor, Kodatt said he’s “certainly learned a lot from” Madigan, and would “continue to deliver these great services and be responsive” to constituents.

“But also I’m my own person so I would deliver new ideas, new perspectives and just build on what I already know and how to deliver these services, but going on my own path,” he said.

Although Madigan did not ask questions during the candidates’ presentations, he took a moment before the meeting to thank his constituents, the people of Illinois, his colleagues in the General Assembly and “all of those people who have permitted me to serve as a local state representative.”

He also offered some thoughts about his five-decade career in the General Assembly.

“My operating mantra as a state representative was to represent ordinary working people on the southwest side of Chicago — people whose main interest in life is to get a decent job, be able to make a mortgage payment, maybe provide for higher education for their children, provide for their family, especially the elderly in the twilight of their lives,” Madigan said before the candidates gave their presentations. “And so I would hope that my successor, as the state representative, would follow the same approach to representation in the House of Representatives.”

Madigan resigned from his seat representing the 22nd District last week after he was unable to retain the House speakership last month, a position he has held for all but two years since 1983.

The longtime speaker began to lose support from his Democratic House caucus after utility giant Commonwealth Edison admitted last summer it bribed associates of Madigan, through no-work jobs and contracts, over several years in order to gain favorable legislation from the state House of Representatives, which was controlled by Madigan.

While Madigan has maintained he had no knowledge of the scheme and was not charged with a crime, a group of 19 House Democrats pledged not to support his bid for speaker after federal prosecutors revealed the ComEd bribery scheme.

Madigan resigned Monday from his position as chairman of the Illinois Democratic Party, which he’s held since 1998.

DPI Vice Chair Karen Yarbrough will serve as interim chair until Democratic Party leadership elects a new chair, according to a news release. 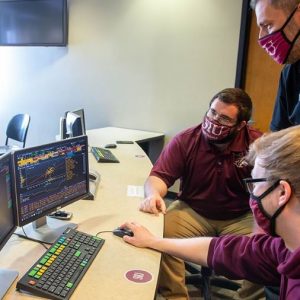 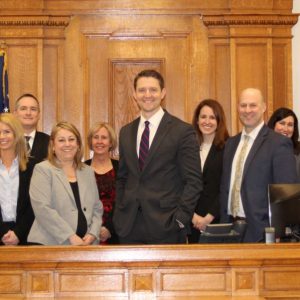 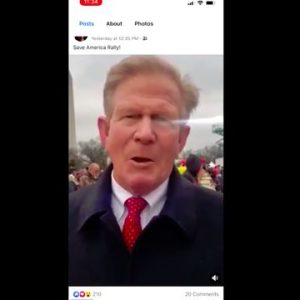