The Black caucus also outlined their legislative priorities for 2021 during their “State of Black Illinois Address.” 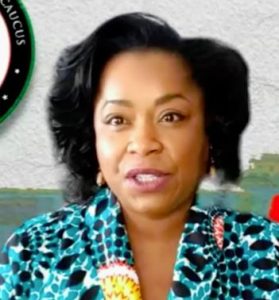 In the group address, some members praised Pritzker for his messaging regarding COVID-19’s impact on Black communities, and said he promised to “very soon” sign sweeping reform bills — including controversial criminal justice omnibus legislation — backed by the Black Caucus that passed the General Assembly last month.

“We passed three of the four omnibus packages, each containing dozens of bills, designed to get to the root causes of our most pressing problems in state government and our community,” Rep. Sonya Harper (shown), D-Chicago, the newly elected chair of the Joint Black Caucus, said. “I am pleased that Gov. Pritzker has promised to sign our bills into law very soon.”

Pritzker, towards the end of his prerecorded budget address Wednesday, made note of the Black Caucus’ recent success.

“It’s a new era in state government, with a new generation at the helm, and the first Black speaker of the House. The Black Caucus just last month passed landmark legislation dealing with education, criminal justice, economic opportunity and healthcare. There is much to celebrate,” Pritzker said.

In their budget response, the caucus’ new leadership also touted the mostly successful legislative agenda of the previous session, while providing a preview of some issues the caucus will take up this year. They also promised a continuation of the four-pillar agenda unveiled last year.

“Our state is in the midst of three crises,” Sen. Robert Peters, D-Chicago, recently elected as the Black Caucus Senate Chair, said. “A crisis when it comes to public health, a crisis economically, a crisis when it comes to systemic racism in law enforcement. … This budget fight ahead of us, on top of what we passed in terms of these pillars, is the beginning. Our communities need so much.”

New Black Caucus House Chair Rep. Kam Buckner, D-Chicago, praised the proposed budget, particularly that it does not call for an increase in the state’s flat tax while increasing funding for the Department of Children and Family Services.

However, he had several indirect criticisms for Pritzker’s administration surrounding its handling of medical and recreational marijuana.

Recreational marijuana was legalized in Illinois as part of the 2019 Cannabis Regulation and Tax Act. However, provisions of the legislation due to be completed in 2020 have not been fulfilled.

Severe delays resulted in the finalists for 75 social equity licenses not being announced until last September. That announcement resulted in massive backlash, much of it from the Black Caucus, over the perception that the process was not as equitable as promised and concerns about the third-party private auditing firm KPMG’s involvement in grading applications for the Illinois Department of Financial and Professional Regulation.

“What we have called for as the Black Caucus is that the remaining medical dispensary license be issued immediately to a minority operator. The (recreational dispensary license lottery) needs to be cleaned up. The disparity study has to be completed. And (state’s attorneys’) offices around the state need the technology to implement the automatic expungement process, which because of a lack of execution is leaving many Illinoisans behind,” Buckner said.

“Lastly, we don’t have faith in KPMG or the work that they have done to implement cannabis legislation. The fact that the state is extending and increasing their contracts after failed previous action is absurd.”

Other prominent members of the Black Caucus also aired concerns with parts of Pritzker’s agenda even as they praised its overall direction.

Senate Majority Leader Kimberly Lightford, of Maywood, said the proposed budget does not offer the support Illinois schools need to function through COVID, specifically low-income schools that have been forced to transition to online and hybrid learning models. While Pritzker’s budget relies on federal funds to assist education, Lightford called on the state to allocate resources more closely tied to the evidence-based funding model which calls for an added $350 million to education funding each year.

“The longer we wait, the more students in a lower resourced schools suffer. If the federal government comes through with additional COVID-19 related aid for our school districts, it will come as a much-needed relief. However, it is critical that we allocate these dollars with the racial equity lens to ensure the funding is distributed fairly and addresses children who have the greatest needs,” she said.

Rep. Justin Slaughter, D-Chicago, who chairs the state House Judiciary Criminal Committee, said he was concerned the budget proposal undercuts some of the recent reforms passed by the General Assembly. Slaughter crafted and was one of the chief sponsors, alongside fellow Chicago Democrat Sen. Elgie Sims, of the massive criminal justice omnibus bill that awaits Pritzker’s signature.

“The overpolicing, discriminatory criminalization and concentration of violence in Illinois communities of color is racist,” Slaughter said. “This racism is perpetuated by public financing that funds enforcement systems as entitlements and community-based public health programs as afterthoughts each year. Each and every year.”

Many provisions of the criminal justice omnibus require substantial investment from the state government. The new police certification and licensing measures will require more funding for the Illinois Law Enforcement Training and Standards Board. Mandatory body cameras will result in departments statewide needing more funding to accommodate the law and finance the expensive storage of video footage.

According to Harper, the Black Caucus is also planning for more legislation to be passed as part of their agenda in March and throughout the new year. They will be holding a statewide town hall Feb. 25 to discuss the forthcoming bills.