SPRINGFIELD — Representatives of the Illinois Department of Employment Security on Wednesday testified before the Senate Labor Committee about fraudulent claims, continued delays in responding to unemployment applicants and a multibillion-dollar deficit in the fund that pays out benefits. 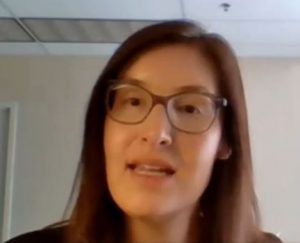 Acting Illinois Department of Employment Security Director Kristin Richards and members of the department’s staff fielded questions about the backlog that individuals face when they contact the agency with questions about their claims.

While the agency has seen fewer traditional unemployment claims, it has continued to see individuals file roughly 700,000 to 800,000 claims per month since August through the pandemic unemployment programs created through the federal Coronavirus Aid, Relief, and Economic Security Act and other federal programs. Those include the Pandemic Unemployment Assistance program, the Pandemic Emergency Unemployment Compensation program, and the Extended Benefits program

IDES has put in place a callback system to reduce wait times for callers and a web form online for people to submit questions, but Richards said individuals still wait between one to two weeks for a callback from the agency, depending on the subject of the call.

“But I need to stress that if an individual has, for example, reached out to us about the status of their adjudication or appeal it could take four to six weeks because it’s working its way through the process and we need to connect with the right professional to help them. We realize that is less than ideal for individuals dying for an answer from IDES,” she said.

Richards (shown) said IDES is working to address those delays by training contractual staff members and adding full-time employees to the agency. The agency has roughly 1,200 employees, Richards said, including about 750 contractual staff.

She said the agency has stopped slightly more than 1 million identity theft claims, including through the traditional unemployment system and the PUA system, but the agency doesn’t know the specific amount of money that has been paid out in fraudulent claims.

Some of the new unemployment programs created during the pandemic, especially the PUA program, left unemployment systems vulnerable, Richards said.

“That new program had no employer wage base to balance off of. There was no second step, as a check and balance. Until wage verification documents were required, we saw that imposters were getting in,” she said.

Richards also announced during the virtual committee meeting that the department will begin to send out waivers next week to individuals who had received an overpayment of benefits under the Pandemic Unemployment Assistance, a federally funded program providing unemployment benefits to gig workers and others not traditionally eligible for them.

By law, claimants who were overpaid benefits must repay the money they were not due under unemployment laws. The waiver authority provided in federal law allows the state to waive the repayment in certain circumstances if the overpayment was not the fault of the claimant.

The overpayment waivers are available through the federal Continued Assistance for Unemployed Workers Act, or CAA, which was signed into law in December.

“If the waiver request is successful, we need to return those dollars that were recuperated to the claimant,” she said, adding the department has not yet developed a mechanism to return the money.

She said the agency is working on creating a questionnaire and request form for those eligible for a waiver, and the agency would consider those requests on a case-by-case basis.

IDES Manager of Unemployment Insurance Programs Justin Brissette said overpayment is not uncommon, but the number of new claims has made it more prevalent.

Richards said one of the issues that resulted in some overpayments was individuals inadvertently providing wrong wage information, such as listing their net income rather than gross income.

The committee also discussed the deficit in the Illinois Unemployment Insurance Trust Fund — which funds unemployment payments – and is projected to have a negative balance possibly exceeding $8 billion in the next two years, according to a presentation from the department.

“We all will have to work on a solution to the trust fund. I think everyone recognizes that,” Barickman said. “There was a tremendous presentation today on the amount of fraud that exists. There was a tremendous presentation on the negative balance that is going to exist in the trust fund and I have no data in front of me on how to tie those two together. Shouldn’t we have that data, as lawmakers, so that we can understand what the financial impact has been on our trust fund?”

“I hear you loud and clear,” she said. “We need to come up with the numbers and provide that to the committee.” 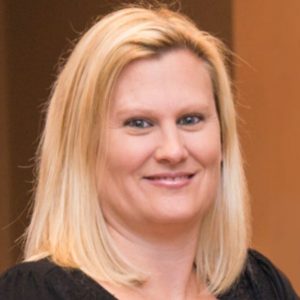