Sponsors pledge to pass legislation before end of session

SPRINGFIELD – Following the admission in court by utility giant Commonwealth Edison to a yearslong bribery scheme, lawmakers are reintroducing the Clean Energy Jobs Act in the 102nd General Assembly with an increased focus on holding utility companies accountable.

The Clean Energy Jobs Act, or CEJA, which was introduced in 2019, is an overhaul of the state’s energy industry crafted with a focus on carbon reduction as well as social and environmental justice. 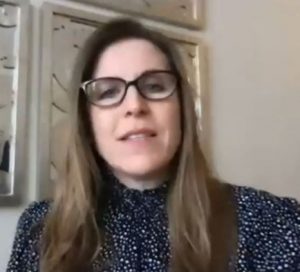 Rep. Ann Williams, D-Chicago, (shown), House sponsor of CEJA, joined Senate sponsor Sen. Cristiana Castro, D-Elgin, and other advocates Tuesday in pledging to pass CEJA by the end of May.

The Future Energy Jobs Act of 2016 made clean energy one of the fastest growing job sectors in the state and laid the foundation for the future of energy efficiency in Illinois by creating renewable energy credits among other provisions. CEJA is an attempt to build on that existing legislative framework.

Over one year ago, in Gov. JB Pritzker’s State of the State address, he promised that he would prioritize clean energy legislation. But amid the ongoing bribery scandal and the COVID-19 pandemic, CEJA took a back seat to other matters in the General Assembly while advocates continued to push for passage of the energy overhaul.

Yet with the election of President Joe Biden, tackling climate change has become a national priority, and advocates say it’s the perfect time to put CEJA back in the spotlight in Illinois.

CEJA supporters expressed urgency Tuesday amid state budget pressures caused by the COVID-19 pandemic and recent announcements of the impending or potential closure of nuclear and coal fired power plants in the state.

They say CEJA would push for a “just transition” to renewable energy for communities affected by the closure of plants that not only provide jobs, but act as a tax base for school districts.

It would do so by creating Clean Jobs Workforce Hubs, which the Illinois Clean Jobs Coalition describes as a network of frontline organizations that provide direct and sustained support for minority and disadvantaged communities, including job opportunities.

The 900-page bill, filed by Williams as House Bill 804, would increase development of renewable energy sources, such as wind turbines and solar power, by committing Illinois to 100 percent renewable energy by 2050, cutting carbon from the power sector by 2030, reducing pollution from gas and diesel vehicles in the transportation sector, and creating jobs and economic opportunity across the state.

Although the original version of CEJA included provisions to protect consumers and prevent utility corruption, Williams said the bill now contains stronger language in response to the deferred prosecution agreement in which ComEd admitted to a yearslong bribery scheme aimed at influencing the state’s former House speaker, Michael Madigan.

Currently, along with paying utility rates, consumers spend over $1.8 billion a year on capacity payments to acquire coal fire power, Williams said. Capacity is a sort of insurance policy through which companies are paid to guarantee they are able to produce enough energy to handle peak usage times for a number of years into the future.

“That’s a complete bailout of the fossil fuel industry,” Williams said. “So Illinois, if we implement CEJA, will stop paying $1.8 billion on fossil emitting coal plants and that’s something we’ll be able to tangibly see the impacts of on day one.”

The bill would remove Illinois from multi-state capacity auction conducted by the federally regulated PJM regional transmission organization, instead giving the Illinois Power Agency the authority to procure capacity. The IPA could then emphasize the purchase of renewables, rather than fossil fuels in its capacity auctions.

In 2011, the General Assembly passed the Energy Infrastructure Modernization Act, which created a formula rate for utility companies. This meant that utility companies, including ComEd and Ameren, were able to increase rates for consumers year after year without having to fully demonstrate to the Illinois Commerce Commission why the increase was necessary.

CEJA would replace automatic rate hikes with a performance-based rate setting, meaning the ICC could only approve utility investments, programs and rates that are cost effective and contribute to the greater goal of a renewable energy electric grid.

It also features a restitution piece, specifically for ComEd, which would require a majority of the profits it made through its admitted criminal activity be refunded back to ratepayers. The refund amount would be determined by an assessment conducted by the ICC.

“Another big part of that is to codify many of the items in the deferred prosecution agreement…to ensure that those accountability practices, the best practices that were required of ComEd moving forward, are applicable to all utility companies,” Williams said.

More accountability measures, beyond what is required of ComEd by the federal government outlined in the deferred prosecution agreement, have been added to CEJA to make these provisions even stronger, Williams said.

Andrew Barbeau, a spokesperson for the Illinois Clean Jobs Coalition, said lower electric rates for consumers are written into the legislation.

“We pay for the renewable energy development as part of this bill and that’s significant primarily by redirecting excess profits that are currently being paid to out of state fossil fuel companies,” Barbeau said. “We pay for supporting a just transition for fossil fuel communities by making those polluting power plants that cause the problem also foot the bill for solving it.”

“The next time a bus or train is replaced, hopefully it will be with an electric model,” Williams said. “Not everything is going to happen overnight, but over time you’ll see trends and those trends will be toward renewable energy and away from coal fired power.”

This story has been revised to correct the title of Andrew Barbeau. 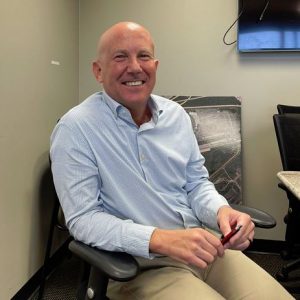 Raceway brings on VP of marketing, adds two others