The U.S. House of Representatives on Friday passed H.R. 447, the National Apprenticeship Act, which would create nearly 1 million additional apprenticeship opportunities over the next five years. 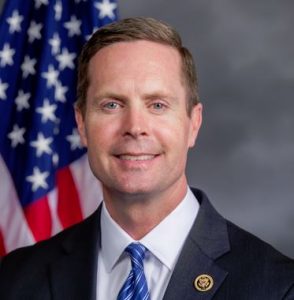 The Senate still has to vote on the issue and the president sign it for it to become law.

“We should be doing everything we can to get our economy going again, and that starts by building on what works and enacting job-creating policies,” Davis said.

Registered Apprenticeships (RAs) – which provide workers with paid, on-the-job training – are the nation’s most successful federal workforce training program, he said. Expanding access to apprenticeship opportunities will connect workers with stable, good-paying jobs and accelerate our economic recovery. According to the Department of Labor, 94 percent of people who complete RAs are employed upon completion, earning an average starting wage of more than $70,000 annually. Investments in apprenticeships not only pay off for workers and employers, they also benefit taxpayers.

The National Apprenticeship Act would yield $10.6 billion in net benefits to U.S. taxpayers in the form of increased tax revenue and decreased spending on public-assistance programs and unemployment insurance. The legislation would invest more than $3.5 billion to create nearly 1 million new apprenticeship opportunities over the next five years.

The proposal expands apprenticeship opportunities by:

•              Codifying the Department of Labor’s Office of Apprenticeship and directing the office to convene industry leaders, labor organizations, educators, and others to expand apprenticeships into new occupations and sectors.