In honor of its newest location, Edwardsville-based Scott Credit Union held a ribbon-cutting ceremony this month for its Affton, Mo., branch.

Located at 9100 Gravois Road in Affton, the new branch is Scott Credit Union’s fifth location in Missouri and 20th location overall. Its drive-up opened to the public in December.

“By opening this branch, we have taken another step forward in providing convenient access to our service for those who live and work in the St. Louis area,” said Frank Padak, Scott Credit Union president and CEO. “We’re looking forward to serving the community of Affton now and in the years to come.”

“Nurses for Newborns does incredible work helping local families in need,” said Padak. “Commitment to community is a credit union philosophy that’s near and dear to SCU. We wanted to offer this support to this great organization to demonstrate our commitment to the St. Louis community.”

Scott Credit Union is a not-for-profit financial cooperative. When people open accounts at the credit union, they become a member and an owner. Because of its not-for-profit structure, Scott Credit Union has given back nearly $13 million to members through a bonus dividend and loan interest rebate over the past 13 years. In November 2020, the local credit union gave back nearly $700,000 to its members. 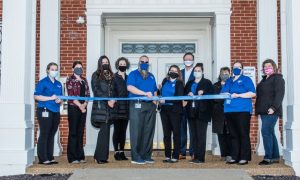 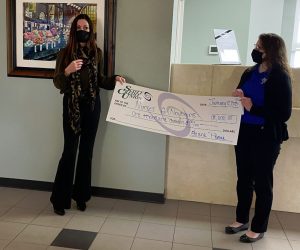