For nearly 40 years, since December 1980, Ronald S. Green has served the Boy Scouts of America in executive leadership positions in six different councils across the country. An Eagle Scout, Ron became the scout executive, CEO of the Greater St. Louis Area Council in March of 2011. 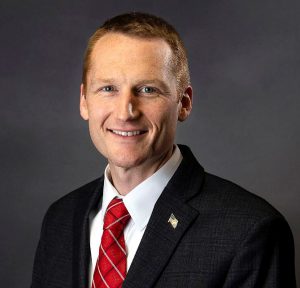 “While we are saddened to see Ron retire, we know his hard work and dedication will continue to bring value to the St. Louis area Scouts for years to come,” said Michael J. Scully, president of the Greater St. Louis Area Council, BSA. “We are excited for Joe’s leadership to continue our innovative programming and service to the youth of the region and elevate us to new heights.”

Sadewasser, an Eagle Scout from Dubuque, Iowa, began his professional Scouting career as a district executive in Cedar Rapids, Iowa in 2007. He was promoted to senior district executive and then field director. During his time in Cedar Rapids, he served as interim Scout Executive on two separate occasions. He came to the Greater St. Louis Area Council as director of support services on Oct. 1, 2013. He was promoted to director of field service in 2015 and deputy scout executive/COO in February of 2020.

Sadewasser is a strategic leader with a strong work ethic, outstanding character and values consistent with the Scout ‘Oath and Law’. He has a wide range of leadership experience and has been instrumental in the success of the Greater St. Louis Area Council over the past seven years,  the council said.

The Greater St. Louis Area Council, one of the largest in the nation, has more than 47,000 youth members and nearly 12,600 adult volunteers. They come from 63 counties in southeast Missouri, Southern and Central Illinois, and the St. Louis Metropolitan area.

Here is a look at the council’s map: 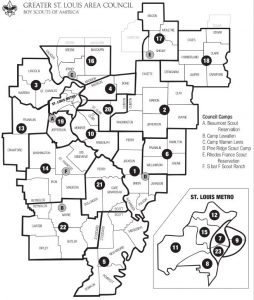