For every Illinoisan who moved a trailer of belongings into Illinois, two others moved out.

United Van Lines, the nation’s largest mover, released their annual National Migration Study on Monday. Despite the pandemic upending many industries and untethering workers from a corporate office, the company found Illinois has remained one of the nation’s most pronounced exporters of people. 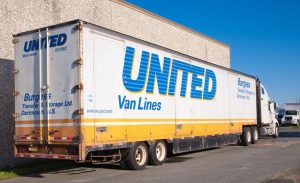 In the 44th installment of its study, United Van Lines found Illinois tied with New York and New Jersey with 67 percent of customers in those states moving out compared to those moving in. However, that trend has moderated, in what the company said is due to the pandemic.

“Because people can work from anywhere, especially this year and a lot of companies are continuing this trend into 2021, we’re seeing people move less for jobs and more for lifestyle reasons like being closer to family,” said Eily Cummings, corporate communications director for United Van Lines. “Florida, Texas, California, Arizona, Washington, and North Carolina round out the list.”

In terms of raw numbers, the company reported 5,782 total moves in Illinois, with 3,840 of those being outbound.

Chicago had an even more pronounced departure rate, with 69% of moves being outbound. Only cities in New Jersey and New York saw a more lopsided rate of movers leaving versus arriving.

In spite of what UVL found to be a moderating factor in the pandemic, Illinoisans left the state in record numbers in the 12 months ending last July. The U.S. Census released its annual population estimate in December. It showed Illinois’ population dropped by nearly 80,000 people in the year ending July 2020. The last time Illinois’ population fell by that much was in 1945 when it lost 118,000 residents due to World War II.

Idaho was the clear population winner in the study, with 70 percent of total moves being inbound. The state was popular for retirement due to its moderate climate and low cost of living.