The Federal Reserve Bank of St. Louis has announced the following changes to its board of directors, effective Jan. 1: 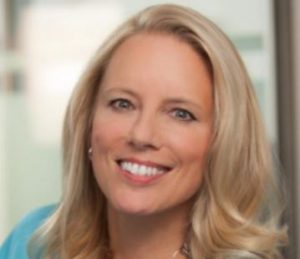 Suzanne Sitherwood (shown), president and CEO of Spire Inc. in St. Louis, has been re-designated board chair. She was first appointed to the board in 2016 and reappointed in 2019.

R. Andrew Clyde, president and CEO of Murphy USA Inc. in El Dorado, Ark., has been elected for a three-year term. Clyde previously served on the St. Louis Fed’s Little Rock Branch board of directors.

Elizabeth G. McCoy, CEO of Planters Bank Inc. in Hopkinsville, Ky., has been reelected for a three-year term.

Also serving on the board are:

The St. Louis Fed is a corporation chartered under the Federal Reserve Act and is governed by a board of directors, whose nine members provide oversight of Bank management. Members of the board of directors of the St. Louis Fed and the boards of its three branches in Little Rock, Ark., Louisville, Ky., and Memphis, Tenn., are familiar with the economic and credit conditions of their respective regions. Their observations — along with the economic data and information gathered and analyzed by St. Louis Fed staff — help ensure that conditions of Main Street America are represented in Federal Open Market Committee deliberations in Washington, D.C.

Information about governance can be found at www.stlouisfed.org/about-us/leadership-governance