Southern Illinois University Edwardsville today announced that Congressman John Shimkus, R-Collinsville, will join its College of Arts and Sciences’ Department of Political Science for the spring 2021 semester following the completion of his 24-year career in the U.S. House of Representatives. 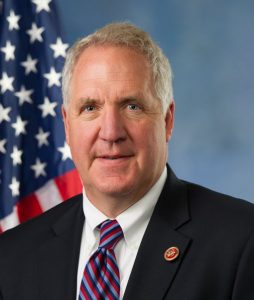 “Three generations of Shimkus family members have taken advantage of the affordable, quality education offered by Southern Illinois University Edwardsville,” Shimkus said. “I’m excited to join the SIUE faculty, and give back to the University and the community that has been so good to me and my family.”

Shimkus opted not to run for re-election in the 15th Congressional District this year.

CAS Dean Kevin Leonard, PhD, enthusiastically welcomed Shimkus to the College. “Representative Shimkus’ teaching of courses on U.S. politics will serve SIUE’s general education program and will attract students from many different majors,” Leonard said. “All of these students will benefit from the insights drawn from his many years of public service. His experiences in city and county government along with 24 years in the U.S. House of Representatives will offer particularly salient lessons for students in applied communication studies, history, mass communications, political science and sociology.”

Political Science Department Chair Ken Moffett, PhD, is equally excited about Shimkus joining the faculty. “He will teach courses in his areas of expertise, including American politics, law and society, congress, and NATO policy,” Moffett said. “I look forward to adding his expertise to our superb faculty in the Department. As a retiring member of Congress, he brings a dimension to our activities and to our students that nicely complements our strengths as a department and University.”

Shimkus expects that sharing his real-world government stories will help bring his classes to life. “Some of those stories are examples of how government works while others show its failures and its limits,” he said. “I hope my perspective will inspire my students to pursue elected office themselves.”

“Our students will benefit immensely from his experience,” Moffett said. “They will have a unique opportunity to learn about American politics from someone who has succeeded in this area over many decades. They will also be able to work closely with him in their coursework, and also, through the opportunities that he will bring as a result of his long, distinguished career in public office. He will be an invaluable mentor to our students.”

Shimkus believes in lifelong learning as a goal for all. “I am confident the classes I’ll begin teaching next semester will deepen my own knowledge, as well,” he said. “Through many years of teaching high school and Sunday school, I’ve found I often learn more by preparing and instructing others than by trying to learn for just myself.”

SIUE Chancellor Randy Pembrook focused on Shimkus’ 24 years of service in Washington. “Congressman Shimkus has developed a wealth of knowledge about energy and fuels, emergency communication formats, enhancing and increasing the effectiveness of the internet, as well as child safety measures,” Pembrook said. “He also is an expert on the people and politics of many parts of the globe. We are excited and fortunate that he will be sharing this expertise with SIUE students and our University community in general. We appreciate his generosity and enthusiasm for making SIUE an even stronger institution.”

In November 2019, Shimkus donated his political records, correspondence, photos and more to create the “Shimkus Collection” at the Elijah P. Lovejoy Library on campus.

Among Shimkus’ many accomplishments are:

“Southwest Illinois has been very gracious to me. I’m a Republican in an historic Democratic county,” said Shimkus. “They gave me my start. I hope when people look back on the issues I campaigned on and believed in when I first started, they will see that I was consistent to those values. I am also so proud of the connection and partnership I have had with SIUE through the years.”

The congressman finished his master’s in business administration in 1997, as he was beginning his first term in the House of Representatives
Shimkus’ father, Gene, earned an associate’s degree in business in 1968
Shimkus’ wife, Karen, earned a master’s in music, with a music performance specialization in 1990
The couple’s son, David, earned a bachelor’s in computer science in 2017
A Collinsville High School alumnus, Shimkus graduated from the United States Military Academy in West Point, N.Y., in 1980. He then served as an active duty Army officer for more than five years. Shimkus earned a teaching certificate from California’s Christ College Irvine (now Concordia University Irvine) and returned to his native southwestern Illinois to teach at Metro East Lutheran High School in Edwardsville before launching his political career. 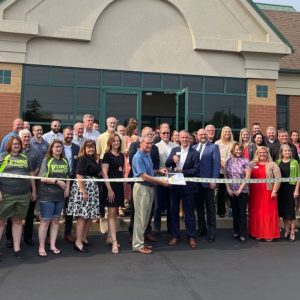 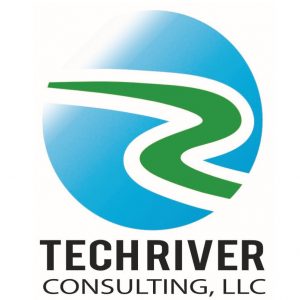 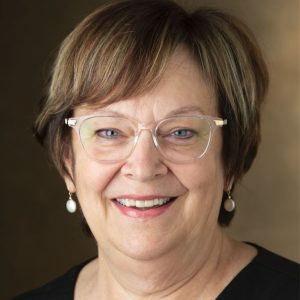 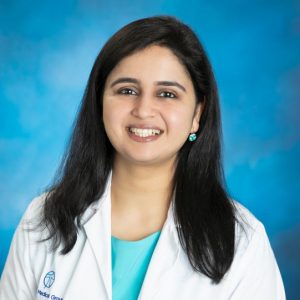