State Sen. Christopher Belt, D-Centreville, is getting behind a pillar of the Illinois Legislative Black Caucus’s agenda that calls for creating economic access, equity and opportunity for Black Illinoisans. 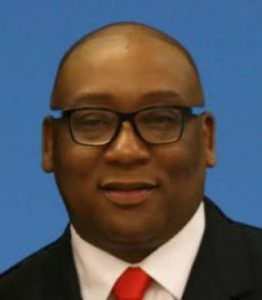 “The gap between African American and white homeownership is larger today than when the Fair Housing Act was passed in 1968. This has contributed to a racial wealth gap—nearly 1,000 percent — between median white and African American households,” Belt said. “Because home ownership is how most families save and build wealth, the disparity in home ownership is a central driver of the racial wealth gap. We need to continue to advocate so every Illinoisan has access to housing that is affordable, stable, safe and healthy.”

At the hearing, a number of affordable housing advocates presented data regarding the importance of expanding housing options for low-income families, including the Illinois Housing Development Authority, the Chicago Coalition for the Homeless, the Action Center on Race and the Economy, and a professor from the Department of Urban Planning and Policy from the University of Illinois at Chicago.