Donovan had served as township supervisor since May of 2017, taking the position following the death of her husband, Richard L. “Rick” Donovan, who had won election to the office in April of that year then died later that month before his scheduled swearing in. 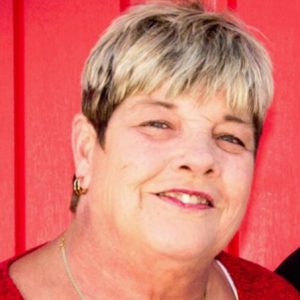 Her brief tenure as township supervisor included her extensive efforts to improve services and offer more activities for senior citizens in the Fairview Heights and Caseyville Township area.

She was well known in Fairview Heights as a result of the many people she encountered while working as the customer service manager at the local Schnucks grocery store for a period of 30 years.

Her benevolence additionally included adopting families in need during the Christmas season and volunteering her time and support for the Moms on a Mission group. She was known for her passion for finding bargains at garage sales in the area.

Preceding her in death along with her husband were here parents, Norman and Esther (nee Eversman) Cox, and a brother-in-law, Randall L. Donovan.

Services will be held on Tuesday, Oct. 6, at Kassly Mortuary Ltd. in Fairview Heights. Memorials may be made to Moms on a Mission or Evelyn’s Hospice House.