Charles “Chuck” Daily, president emeritus of Providence Bank of Fairview Heights, has concluded his 50-year career in the banking industry with his retirement, effective Wednesday, Sept. 30. 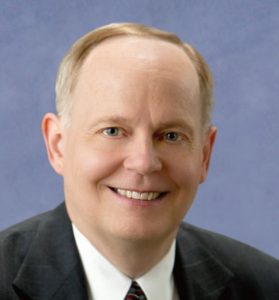 Daily had spent well over half of that time very involved in his community, serving as chairman for both the Fairview Heights Economic Development Commission (now called the Business Alliance Commission) and the city’s hotel-motel committee which makes recommendations to the city council concerning funding support requests for events and other activities designed to promote tourism here.

He also is a member of the Fairview Heights Rotary Club and recently assisted with the installation/removal of United States flags along major thoroughfares in the city and in the middle 1990s was an active participant in the construction of the creative playground at Moody Park.

Daily’s role in the community additionally included donating, on behalf of the bank he represented from its location at the intersection of Frank Scott Parkway and Illinois Route 159, to various charitable causes including the Rotary Club’s fund-raising event known as the Camelot Auction.

His most visible impact on Fairview Heights resulted from his cooperation with the city on behalf of the bank concerning the erection of a decorative city identification message paralleling Frank Scott Parkway that is visible to northbound motorists on 159.

After starting his career in the financial profession as a teller at the Lincoln Trail Bank in Fairview Heights in 1970, Daily moved on to the installment loan department at Citizens National Bank in St. Louis then became president of Metropolitan Bank there in 1988.

He and four others organized Community First Bank of Fairview Heights and built it into being a strong force in the city, one with which he was strongly and consistently identifiable as its representative, a result of not staying inside of his office, preoccupied with business, but instead becoming part of many things going on here.

In 2015, Community First Bank was purchased to become part of the Providence group. He considers the success of this financial institution as his proudest accomplishment, not only because of its performance but also due to its dedication to the betterment of Fairview Heights that many will acknowledge could not have taken place without his leadership.

Even though Daily has retired from his position with the bank, he says he plans to continue to be involved in Fairview Heights along with pursuing some new interests.