SPRINGFIELD – The state is moving ahead with its plan to shift an estimated 18,000 children from the child welfare system into a health care coverage plan despite warnings from children’s advocates that the change will cut many of those children off from access to the critical care they need.

“These are some of the most medically-complex and high-needs, special-needs children in the state,” Cook County Public Guardian Charles Golbert said during an interview. “These are children who by definition have been taken away from their parents due to abuse or neglect or sex abuse.”

“Some of these children were born drug-exposed,” he added. “Some of the children have been very much abused and need therapy sessions and counseling.”

For decades, children in the state’s foster care system have been covered under a traditional fee-for-service Medicaid plan. Effective Sept. 1, however, they are being shifted into a “managed care” insurance program called YouthCare, which is similar to the coverage most other Medicaid recipients currently have.

Under managed care, a private, for-profit insurance company – in this case, Centene Corporation – is paid a flat monthly per-person rate to manage each enrollee’s health care. It is the job of the insurance company, known as a managed care organization, or MCO, to put together a network of providers and negotiate the rates they will be paid for their services.

Those providers include not just primary care physicians and specialists but also mental health providers, pharmacies, medical equipment suppliers and a host of other entities within the health care industry.

The plan to shift foster children into managed care began during former Republican Gov. Bruce Rauner’s administration, but it has been delayed several times amid concerns from advocates and state lawmakers that YouthCare will not have an adequate statewide network that can meet the unique needs of the foster care population.

“A lot of foster parents don’t even know this is happening,” Golbert said. “Some foster parents do know this is happening and have been assured that their provider is in the network, or they’ve looked up on this database and seen that their provider’s in the network, and they’re going to take their kids to existing doctor’s appointments on Tuesday, Wednesday and Thursday, and their doctors aren’t going to see their kids. The doctors are going to say, ‘We don’t take this new health care plan,’ and you’re going to have these families really frantic about scrambling to get care for their kids.” 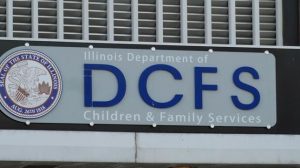 The Department of Healthcare and Family Services, the agency that oversees the state Medicaid plan, has said in the past that the YouthCare provider network is sufficient and, in fact, is larger than the existing fee-for-service network.

“With more than three times as many providers as the status quo system and a personal care coordinator to connect each family to providers, YouthCare vastly expands access to quality care for vulnerable children and families,” the agency said in a statement Monday. “From behavioral health to dental care and more, by any measure, families have far more opportunities for support and access with YouthCare than the current system, which has left them on their own to find and receive care.”

The statement went on to say that DHFS has “worked closely with families and an array of stakeholders, including the (Cook County) Public Guardian, as we move forward with this transition and are confident this program will mean a significant enhancement in healthcare for vulnerable youth and their families.”

But Golbert said his office conducted a spot-check of the YouthCare provider list and found that many of the providers listed as being in the network actually aren’t.

“We’ve called more than 300 of the alleged providers in this database over the past few weeks,” he said, noting several have said they were not in the provider network. “So that means when you call these doctors who DCFS boasts and brags are in their provider network to try to get an appointment, they tell you no.”

Although Golbert works exclusively with children and foster families in Cook County, he said the lack of access to certain kinds of providers can be seen in many parts of Illinois.

“In fact, a lot of the areas of the state, I think, to be most concerned about are (places) where you’re in provider deserts, where there are not a lot of doctors, especially specialists to begin with,” he said.
And now you’re going to start limiting the number of providers for foster parents to those who are in the MCO.”