Former state Rep. Dan Beiser, of Alton will continue to serve on the Illinois Racing Board and redesignated to serve as chair, pending  Illinois Senate confirmation. 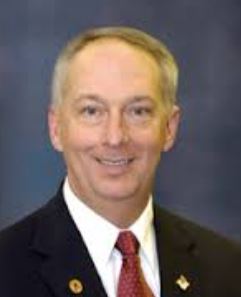 Beiser represented the 111th legislative district in the Illinois House Representatives from 2004 to 2017. He previously served as an alderman and city treasurer in Alton. Beiser also taught behavioral disorder pre-teen and teenagers at the Educational Therapy Center for eight years. Beiser was the former president of the Catholic Charities Advisory Board and Illinois Municipal Treasurers Association. He received his Master of Science in Special Education and his double Bachelor of Science in Mass Communication and Recreational Administration from Southern Illinois University Edwardsville.