Illinois Gov. JB Pritzker’s emergency rules to first warn, then fine businesses that do not adhere to a mandatory mask requirement for employees and customers was approved Tuesday by the Joint Committee on Administrative Rules.

The changes are not settling well with everyone in the business community nor with Republican members of the Legislature.

“Governor Pritzker continues to ignore the entire legislative body by implementing his agenda through emergency rules and executive orders,” said Rep. Charlie Meier, R-Okawville. “The people of Illinois did not elect Gov. Pritzker to run the state by himself. The decisions he is making must be voted on by the House and Senate, not implemented by state agencies and special committees.”

The emergency rules were filed on Friday, Aug. 7, by Pritzker and were similar to the emergency rules rejected by JCAR in May of this year. The emergency rules will make businesses require their employees and customers to wear a face mask when indoors. Otherwise, if not in compliance, following subsequent warnings, the business could be subject to a fine of up to 2,500 and/or a Class A Misdemeanor.

Pritzker said in a statement: “I have always put the health and safety of Illinoisans first, and I’m gratified that local governments now have an additional way to keep their communities safe.”

Pritzker thanked what he called a broad coalition of Illinoisans from around the state for their input and advocacy in support of science.

He added: “The vast majority of our communities and business owners are doing what’s right. Working alongside these partners, these rules will provide multiple opportunities for compliance before any penalty is issued and will help ensure that the minority of people who refuse to act responsibly won’t take our state backward. These rules will ensure that there is a commonsense way to enforce public health guidelines with an emphasis on education first so that Illinois can continue to make substantial progress in our fight against COVID-19.”

Among business groups weighing in Tuesday was the Illinois Fuel and Retail Association, representing the state’s gas stations and convenience stores.

“Doing business in Illinois during this unprecedented time of conflict and challenge is now even harder,” CEO Josh Sharp said in a statement. “We will be considering other options, but for now, this policy will move ahead.”

The fuel group said it does not oppose a strong public push for wearing masks and taking other protective measures in the fight against COVID-19.

“But requiring masks and punishing business owners, not customers, for not using them just doesn’t make sense. Businesses are struggling to open and stay open. We are not the problem, and yet again we are being treated as criminals. It’s not right, and it will not work,” the fuelers statement said.

“Our stores have detailed policies in place to keep customers protected themselves and from others through masks, social distancing and more. These steps are saving lives,” it said.

That decision came from the General Assembly’s Joint Committee on Administrative Rules, or JCAR, a 12-member, bipartisan, bicameral group that exercises oversight of the state’s regulatory process.

Pritzker announced the new enforcement measure on Friday, Aug. 7, as 13 counties were put on warning that they may have to reimpose some social and economic restrictions to control the spread of the novel coronavirus.

Under the new rules, businesses found to be out of compliance will first be given a written warning. A second offense can result in having some or all of their patrons leave the premises as needed to comply with health guidelines. If businesses refuse to comply after that, they can receive a class A misdemeanor notice and be subject to a fine ranging from $75 to $2,500.

“I have always put the health and safety of Illinoisans first, and I’m gratified that local governments now have an additional way to keep their communities safe,” Pritzker said in a statement after the JCAR vote Tuesday.

But the outcome of that vote was not a foregone conclusion. The Illinois Department of Public Health issued similar emergency rules in May, but withdrew them after lawmakers returned for their special session. Pritzker said at the time he expected lawmakers to address the enforcement issue legislatively, although it also appeared evident that there were not enough votes on JCAR to sustain the rules and it never came up for a vote before the full General Assembly.

On Tuesday, several members of the panel, particularly Republicans, said they continued to hear concerns from local businesses in their districts about why they were being held liable for enforcing the public health rules, but their customers who refuse to wear masks or keep a six-foot distance from others were not.

Among those was Rep. Keith Wheeler, R-Oswego, who said callers to his office were concerned about actions of individuals leading to fines and potential misdemeanor charges for businesses.

But Sen. Bill Cunningham, D-Chicago, a cochair of JCAR, said the graduated nature of the enforcement rules means businesses that are genuinely trying to comply should have nothing to fear.

“And I think it’s really important to understand what that points to is this rule is going to be enforced against rogue operators,” Cunningham said. “This is not something that is going to be easily applied even by the most zealous law enforcement agency or public health department against someone — a business that slips up once or twice. There’s just not an ability to do that based on the framework of this rule.”

Speaking to reporters after the meeting, Rob Karr, president and CEO of the Illinois Retail Merchants Association, said the rule is unlikely to have much impact on the rising spread of COVID-19 in Illinois.

Under JCAR’s rules, it takes a two-thirds majority, or eight votes on the 12-member panel, to block an emergency rule from taking effect. The panel is evenly split between Republicans and Democrats and between House and Senate members.

Rep. Steven Reick, R-Woodstock, offered a motion to block the rule, but it received only six votes — all from Republicans. 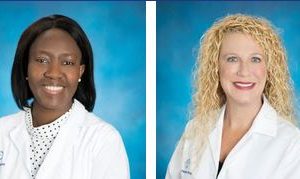 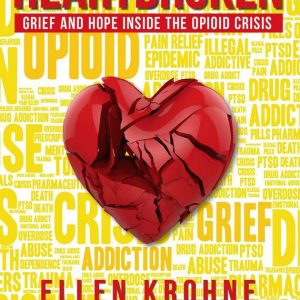