Even after recovery, fear of the unknown troubles patients with COVID-19, as long-term effects of the disease remain to be determined.

“We keep an eye on lung function after patients are discharged from the hospital,” said Steven Taylor, MD, FAAFP, a family medicine physician at HSHS Medical Group Family Medicine – O’Fallon. “We’re looking for lung scarring and other chronic systemic effects of the disease process that are still unknown.”

Diabetes, hypertension and other chronic conditions put patients at higher risk of complications.

Jose Ramirez, a 41-year-old accountant from St. Jacob, said he was treating his COVID-19 at home when he developed diabetic ketoacidosis that landed him in the hospital, which he considers a blessing.

“I would’ve just stayed at home in bed trying to fight it off. I was isolating and resting, taking Tylenol and trying to hydrate,” Ramirez said.

After being hospitalized for four days, his oxygen levels dropped, and breathing became more difficult. Simple things like turning over in bed or walking to the restroom made him short of breath. 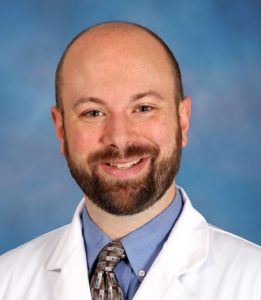 “Even with the help of an inhaler and oxygen, I still had trouble catching my breath,” Ramirez said. “It was a horrible feeling.”

Doctors at HSHS St. Elizabeth’s Hospital in O’Fallon determined Ramirez was a viable candidate for the experimental drug, Remdesivir. He agreed because he knew his condition was worsening.

Within a few days he was feeling better and was eventually released from the hospital.

His message is clear: Don’t let your guard down.

“We were careful with handwashing. My family was taking precautions. I just dropped my guard at a family gathering,” Ramirez said. “I’m glad businesses are mandating masks. I don’t want to go through this again or for others to have similar experiences.”

Taylor, who assessed Ramirez after he was discharged from the hospital, agrees.

“This is not a disease to be taken lightly. It’s real, and it’s all around us,” Taylor said. “We expect cases to climb. In the coming weeks with further openings in the state, we need to wear masks and socially distance and take this seriously.”