Cancer Center at Barnes-Jewish Hospital and Washington University School of Medicine has been named among the top cancer centers nationally by U.S. News & World Report.

The recognition is part of the overall ranking of Barnes-Jewish and Washington University, which are No. 18 on the news magazine’s 2020-21 “Best Hospitals” list, released Tuesday. 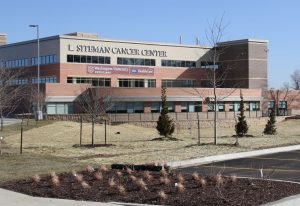 Siteman was named No. 11 in adult cancer care, based on a review of 899 hospitals. Health-care facilities are chosen largely on patient outcomes and other data and a national survey of physicians.

In addition to their national rankings, Siteman and Barnes-Jewish each were ranked No. 1 in the St. Louis region and No. 1 in Missouri in their respective categories.

“Being recognized as one of the nation’s top cancer programs is an honor,” said Timothy J. Eberlein, MD, Siteman’s director and the Spencer T. and Ann W. Olin Distinguished Professor and head of the Department of Surgery at the School of Medicine. “More importantly, it speaks to the extraordinary care we provide to our patients, care that’s built on one of the top cancer research programs anywhere.”

Siteman is Missouri and Southern Illinois’ only NCI-designated Comprehensive Cancer Center and the only cancer center in that area to be nationally ranked by U.S. News & World Report.

The cancer center treats more than 75,000 patients, including 12,000 newly diagnosed patients, every year.

Alton Memorial Hospital is a member of the Siteman Network.

To determine its rankings, U.S. News & World reviews 16 specialties. Rankings for 12 of them, including cancer, are based on a mathematical model combining mortality rate for particularly challenging cases, patient experience and other data, as well as on the expert opinions of specialized physicians nationally.