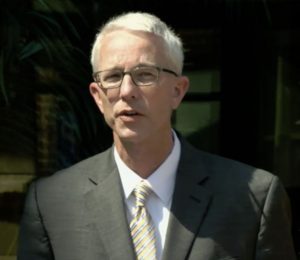 State’s rules for federal funds are burdensome, unnecessary, they claim

SPRINGFIELD — Local government officials in Illinois have their hands “tied behind their back” when responding to COVID-19-related economic struggles, three community and business advocacy groups argued Thursday.

Instead, the state will “reallocate” that money to other areas and “limit economic recovery in communities,” he added.

But a spokesperson for the Department of Commerce and Economic Opportunity said that assertion is “simply false” and the situation is more complex than the Municipal League, Retail Merchants Association and Manufacturers’ Association are portraying.

Congress approved just over $4.9 billion for Illinois based on its population. That money is required to be used toward costs related to the public health emergency.

Chicago and counties with more than 500,000 residents — Cook, DuPage, Kane, Lake and Will — received direct payments totaling about $1.39 billion. The rest, around $3.5 billion, was sent to the state to allocate.

In May, when the General Assembly met in Springfield for a truncated special session, legislators approved a budget plan that specified how those funds were to be disbursed by several entities — the Departments of Commerce and Economic Development, Revenue, Human Services and Healthcare and Family Services, as well as the Emergency Management Agency.

Their priority, the lawmakers wrote, was to “assist our communities most in need,” and they specified the federal funds were to “empower historically and presently disproportionately impacted areas.”

That budget implementation bill created two programs to be overseen by DCEO. One, the Local CURE Support Program — Coronavirus Urgent Remediation Emergency — was designed to use $250 million to reimburse local governments for COVID-19 costs since March.

The other, called the Business Interruption Grant Program, allows companies to apply for money to assist with expenses related to closures. That initiative was allocated $316 million.

Cole said at a news event Thursday that Illinois’ rules restrict local government’s ability to financially assist businesses and stimulate local economies. Chicago and the collar counties were permitted to use their direct funding toward priorities identified by officials there — other communities should have that authority as well, he argued.

“It’s disappointing the state wants to take away (local governments’) ability to decide how federal dollars are spent to support economic development, especially as they watch shops, restaurants and other businesses close around them at an alarming rate,” Cole said. “This decision undermines federal efforts to keep local economies afloat during the pandemic and demonstrates how out of touch state officials are with the needs of communities across Illinois.”

A DCEO spokesperson said rules it proposed are designed to best operate the programs created by the General Assembly. Officials there are working with local governments to assist them in identifying COVID-19 costs eligible for federal reimbursement.

Any reallocation of those CARES Act funds would be made if local communities cannot determine expenses that qualify for reimbursement. None of the money included in Illinois’ Local CURE program was intended to be given to local officials to then distribute to businesses in their district — the BIG Program was designed for that purpose.

Cole also took issue with the department’s rule moving the application deadline up 60 days. The DCEO spokesperson said officials took that step, allowed in federal guidelines, to ensure the state could distribute funds where they are most needed.