A veteran of state government and a native of Belleville was named Thursday by Gov. JB Pritzker to lead the Illinois Department of Employment Security. 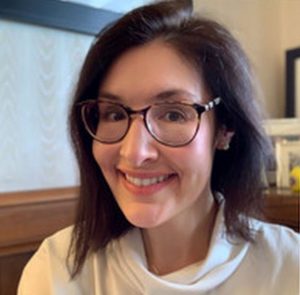 The governor announced his decision to appoint Kristin Richards, current chief of staff to the Senate president, to serve as the director of the employment department.

“I’m proud to appoint an 18-year veteran of state government with deep experience and commitment to lifting up Illinois families to be our state’s next IDES Director,” said Pritzker. “Kristin Richards is keenly aware of the economic hardship too many are facing and has dedicated her career to improving the lives of all our state’s residents. As Illinoisans have faced unimaginable hardship due to the COVID-19 pandemic, the Department of Employment Security has processed a historic number of claims. These are not normal times, and I remain committed to doing everything in my power to support our residents when they need it most. I want to thank Thomas Chan for leading IDES during a period of unprecedented volume and need for the people of Illinois. I appreciate his dedication to public service.”

“After almost two decades in public service, I have seen up close and personal how state government can help our residents overcome challenges and create opportunities for their families,” said Richards. “It’s an honor to have the opportunity to lead this vital state department, and I look forward to joining the Pritzker administration as they continue to enact policies that lift up working families across the state.”

Since 2016, Richards has been the chief of staff in the Office of the Senate President, where she leads a 120-member office and serves as management adviser for 40 Senate district offices.

In a Facebook posting, Senate President Don Harmon said, “Kristin Richards has been a phenomenal chief of staff, and I have full confidence in her ability to take on her new responsibilities at the Illinois Department of Employment Security. I wish her the very best.”

The governor’s statement said Richards has provided guidance through the COVID-19 pandemic on issues ranging from health care to unemployment, established a robust HR infrastructure that protects workers, and partnered with the Senate president and minority leader to develop the bi-partisan plan that ended the two-year budget impasse. Prior, Richards served as the office’s Policy and Budget Director from 2009 to 2016.

During the seven-year period, she prepared, negotiated and passed the state’s annual operating and capital budgets, which surpassed $426 billion in combined state and federal spending, and collaborated with federal and state officials to create the $31 billion Illinois Jobs Now! capital program.

From 2007 to 2009, she was the deputy chief of staff in the Office of the Governor, serving as the policy development lead on P-20 education and capital planning.

According to a 2016 article in the News Democrat of Belleville, Richards is a 1998 graduate of Althoff High School in Belleville.