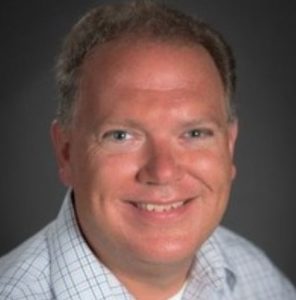 “It is truly my sad duty to report that Brett Stawar is leaving us,” Hopkins said. “It is no exaggeration to say that Brett’s tenure with the Board has been nothing short of transformative in every way possible.”

Stawar (shown) will become the new president and CEO of the Port Aransas/Mustang Island Tourism Bureau & Chamber of Commerce which is located near Corpus Christi, Texas. His last day at the local bureau will be Thursday, Aug. 13.

“It’s been a hard decision and a lot of thinking. It’s all about timing really,” Stawar told the Illinois Business Journal. “I applied, but I wasn’t searching. A recruiting company has me down on a list and they call every once in a while. I’ve always told them, I don’t want to talk unless you’re talking beach.”

Turns out, there are 18 miles of beaches in the area he’s heading.

The Gulf Coast area is between Galveston and South Padres Island, which are both large Texas tourist destinations. On a map, Port Aransas appears as part of a long island stretch going for miles.

Stawar and his wife Sheri are now preparing to leave their home in Edwardsville. One of their two sons is a middle schooler. The other is in college in Alabama.

Stawar said the timing is good in that many of the things he set out to accomplish at the bureau are done, including bringing nearby communities into the market area.

“We are so very grateful for all of Brett’s past efforts for our area, and wish him God Speed in his new endeavor,” Hopkins said.

A search committee will be appointed by the Great Rivers & Routes Tourism Bureau Board of Directors to find a replacement for Stawar. An interim CEO will be selected as well.

Stawar has been active in tourism locally and throughout the state over the years. He has served two terms as chairman of the Illinois Council of Convention & Visitors Bureau and was the council’s legislative liaison. He has served as board chairman of Meeting of the Rivers Foundation, is a member of the Phillips 66 CAP panel, and board chairperson of the Meeting of the Great Rivers National Scenic Byway.