Illinois is joining more than a dozen other states in trying to force the Environmental Protection Agency’s hand on methane pollution standards. 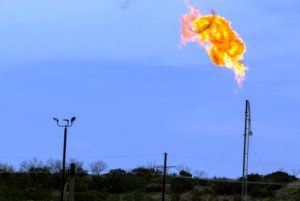 A motion filed in the U.S. District Court for the District of Columbia asks the court to find that EPA’s nearly four-year delay in fulfilling its obligation to establish methane standards for existing oil and gas sources is unreasonable, and to set a schedule requiring the agency to move forward swiftly.

Rosalie Winn is senior attorney with the Environmental Defense Fund, which is also part of the filing.

“EPA’s delay here flies in the face of the well-established scientific record documenting the harms of methane, which is a powerful greenhouse gas that is responsible for more than a quarter of the warming that we are experiencing today,” Winn said.

Existing oil and natural-gas sources are the largest industrial emitter of methane, and the Clean Air Act requires the agency to regulate methane from both new and existing sources.

The White House is expected to release a new methane rule this month on new sources that is more limited, and according to the EPA, would eliminate redundant regulations from the oil and gas industry.

Executive Director of the Chicago-based Environmental Law and Policy Center Howard Learner said methane emissions are wasteful leaks that can be controlled with cost-effective technologies.

“This is a step forward that makes sense, both to industry in many cases as well as environmentalists and states,” Learner said. “This is one of the most cost-effective ways to go about addressing our climate-change problems that affect Illinois and everybody across the planet.”

The Environmental Defense Fund estimates that roughly $1.5 billion worth of natural gas, enough to heat more than 5 million homes, leaks or is intentionally released from the oil and natural-gas supply chain each year.