Ron Tindall Jr. has been named to the Transportation Industry Council of the Federal Reserve Bank of St. Louis. 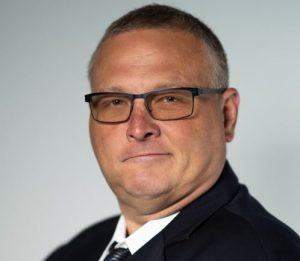 Tindall in April became president of Terminal Railroad Association of St. Louis, replacing President Mike McCarthy, who retired at the end of March. Tindall arrived at TRRA from Trans-Global Solutions where he was the company’s compliance officer.

The St. Louis Fed created four District Industry Councils in 2006, each designed to provide the Fed with important feedback regarding economic conditions within a key Eighth District industry sector. The members’ observations — along with the economic data and information developed through the Federal Reserve Board’s Beige Book and meetings of the Reserve Bank’s boards of directors — help ensure that conditions of Main Street America are represented in monetary policy deliberations in Washington.