That request was filed one month after Rebecca Pallmeyer, chief judge of the Northern District of Illinois, gave those candidates a little less extra time to gather petition signatures amid Gov. JB Pritzker’s stay-at-home and social distancing restrictions. 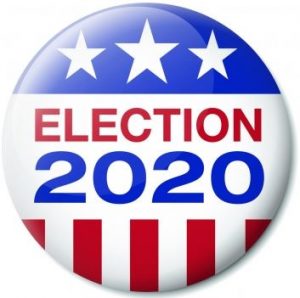 The elections board now, after analyzing “the competing requirements it and local elections authorities face in preparing for the November election,” is alleging Pallmeyer’s order handicaps its ability to “administer a timely and fair election,” according to court filings.

Normally, such a motion would be filed in Pallmeyer’s court. But because the judge was unwilling to accept all the changes to her initial ruling that the board requested, and because the board wants the matter addressed quickly, it chose to file in a higher court.

In April, Pallmeyer extended the deadline for third-party candidates to gather signatures to qualify for the Nov. 3 ballot from June 22 to Aug. 7 in a lawsuit brought by the Libertarian and Green Parties of Illinois. She also allowed for the submission of electronic signatures and cut the number required by 90 percent.

At the time, a spokesperson for the State Board of Elections said its directors “think the order serves the best interests of all parties involved.”

But two weeks after that ruling, the elections board asked the judge to move that petition due date to July 6 to give election officials enough time to finalize ballots. Pallmeyer ultimately decided to shift the deadline instead to July 20, and left her previous ruling’s other allowances.

Board of Elections takes issue with petition filing deadline extension

In its new appeal, the State Board of Elections maintains it, not a court, is “in the best position to determine necessary election modifications that will balance the rights of candidates to access the ballots with the public interest in limiting the field of candidates to avoid ballot confusion.”

The board argued that position is backed by another federal court that ruled in a different case it had “no authority to dictate to the states precisely how they should conduct their elections.”

The board wrote in its court filing that all deadlines and specifications enshrined in law by the General Assembly or dictated in the elections code were set to recognize corresponding federal and state ballot requirements, and they “aid in ensuring that election authorities are not overly burdened with frivolous candidates, more ballot objections, and that the ballot is not overly crowded.”

The elections board takes issue primarily with Pallmeyer’s imposed petition filing deadline, which is almost one month after the June 22 cut off instituted by statute.

Michael Kasper, the board’s attorney, argued neither side asked for the judge’s initial late deadline of Aug. 7. The July 20 cut off also poses complications for state and local election officials.

The federal Uniformed and Overseas Citizens Absentee Voting Act requires all states mail ballots to troops stationed and Americans living outside the U.S. 45 days before an election. Petition objections have historically taken the board as long as five weeks to settle, according to the board’s filings.

“The later the filing deadline, the greater the risk of an inaccurate ballot that harms the public’s right to a fair election,” Kasper wrote in a court document.

He added that because federal courts have maintained in previous cases that the ballot requirements are constitutional, “the state can be relied upon to establish procedures” that are fair to third party candidates this election cycle and balance the Board of Elections’ obligations.

The appeals court on Wednesday ordered Kasper to provide additional information “explaining in detail and with precision, including with references to supporting evidence,” how Pallmeyer’s order is harmful to the board.

Kasper responded that the U.S. Department of Justice “twice in the recent past” — in 2010 and 2013 — reprimanded the State Board of Elections for missing a deadline to send ballots to residents overseas. The board “strongly believes that the procedures (Pallmeyer) established governing the upcoming election significantly increase the risk of another adverse action by the Justice Department,” according to a court document.

In another filing, Kasper wrote election officials’ job this cycle is made harder by Pallmeyer’s order that it must accept electronic signatures submitted using a computer mouse, smartphone or other method.

“Having never done this before, the Board cannot say whether it will sink or swim with this entirely new process,” he argued. “But it does know that this provision, coupled with a delayed filing deadline and a drastically reduced petition signature requirement will make it exceptionally difficult for it to conduct an orderly election on November 3, 2020.”

Libertarian, Green, independent and other third-party candidates would not be harmed by an earlier filing deadline, the board alleged.

They “may utilize COVID-19 safety protocols such as wearing a mask, socially distancing, and sanitizing materials after use,” according to a court document. “While it may be more challenging for (candidates) to collect signatures, these potential challenges do not mandate that they will be excluded from the ballot” absent Pallmeyer’s ruling.

Attorneys for the Libertarians and Greens are opposed to any alterations to Pallmeyer’s most recent order. They point out that the judge called that order a compromise and wrote the State Board of Elections “acknowledged that the ballot access restrictions must be relaxed, in some shape or form, to account for the havoc that COVID-19 has wreaked.”

Third party candidates based their preparations for the November election on Pallmeyer’s ruling and any changes would make it “impossible” for them to adhere to ballot access requirements, according to a court filing.

“(The State Board of Elections) now belatedly in a last-minute attempt on the eve of the filing deadline to rewrite the rules and force (candidates) to gather hundreds and thousands of signatures in five days’ time,” according to a court document. “The request is inexplicable at this late date. It makes no sense, especially in light of (the board’s) prior agreement and support for the compromise. It can only be understood as a last-ditch effort to deny many thousands of Illinois voters the right to ‘cast their votes effectively.’”

The appeals judge should dismiss the board’s request because it waited too long and officials “plainly do not possess” a “legitimate argument,” the parties’ attorneys argued.

A hearing date in this matter has not been set.