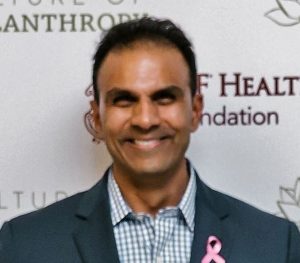 Pathak has served as president of OSF Saint Anthony’s for the past five years. Most recently, he guided the opening of the OSF Moeller Cancer Center. He also advanced the expansion of care in the River Bend by adding a new primary care practice and an OSF PromptCare in Godfrey.

“I am excited to be returning to the Riverbend during this time,” Sister M. Mikela. “God has given us the blessing of a great team at OSF Saint Anthony’s. Partnering with our Community Advisory Board, Foundation Council and local organizations to understand and care for our community has allowed us to serve with the greatest care and love.”