The northern section of the Interstate 255 Rehabilitation Project will be finished and the work switched over to the south section on the project on Saturday, June 13, Illinois Department of Transportation announced. 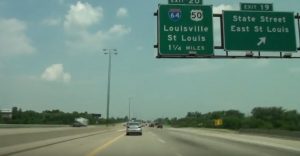 The closure is anticipated to last approximately five months, with the opening of the entire 7-mile corridor to occur in late November. The work consists of rehabilitating and resurfacing this crumbling section of roadway as well as some bridge and ramp repairs, safety improvements and drainage upgrades. 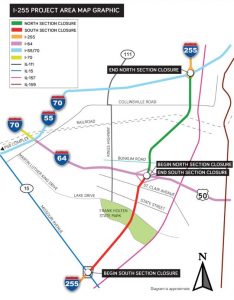 The project is one of the first under Gov. JB Pritzker’s Rebuild Illinois Capital program, intended to restore the roadway and bridges to a smooth and safe condition for motorists, supporting future investment in the region.

Closing I-255 completely has allowed the project to progress on a faster timeline and removing traffic has made it safer for both workers and motorists. Additionally, it has saved taxpayers approximately $14 million, IDOT said.