Illinois law requires General Assembly to distribute arguments for, against to voters

SPRINGFIELD – The Illinois Senate took the chamber’s last step in putting language for a graduated income tax constitutional amendment on the November general election ballot and publishing arguments for and against the measure in pamphlet form.

The Illinois Constitution Amendment Act requires the General Assembly to prepare a brief explanation of the proposed amendment, a brief argument in favor, a brief argument against, and the form in which the amendment will appear on the ballot in a pamphlet that will be distributed to voters.

That means each household with a registered voter will receive the information, which is contained in Senate Joint Resolution 1, by mail. 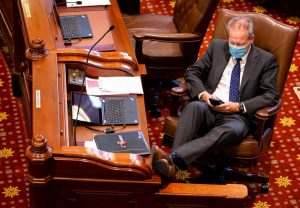 The arguments for the measure note the current tax system “unfairly benefits millionaires and billionaires;” voting yes on the amendment will enact a new tax structure where only those making more than $250,000 a year will see tax increases; and the amendment is “upgrading” Illinois’ tax system to one similar to the structure used by the federal government.

The arguments against say the measure “gives the Legislature power to increase taxes on any group of taxpayers with no limits and no accountability and without any requirement to use the additional revenue to fund essential needs.”

The other two points against are that “taxes and spending are out of control,” and, in the wake of the COVID-19 pandemic, this is “the worst possible time for a massive tax increase.”

The floor debate on the matter mirrored what voters will receive in pamphlet form.

Per agreed upon rules before the debate, the chamber limited arguments to three members of the Republican caucus. Sen. Jason Barickman, R-Bloomington, Sen. Dan McConchie, R-Hawthorne Woods, and Minority Leader Bill Brady, R-Bloomington, did the speaking.

Barickman argued the amendment was the equivalent of Democrats asking “just trust us” with another tax increase. He said many Illinoisans have “lost their trust in Illinois’ government,” and called the graduated tax “dangerous” for taxpayers who believe they’ve been overtaxed.

McConchie took issue with language that proponents are using about who can have taxes raised under such a graduated tax structure. He asked for a breakdown for how many small businesses and taxpayers would pay more, the same, or less under a proposed graduated rate structure that would take effect if voters approve the graduated tax amendment.

Senate President Don Harmon, D-Oak Park, who sponsored the measure, argued the vast majority of small business owners will see a tax reduction under the plan if they are pass-through entities such as S-corps or sole proprietors.

McConchie argued future General Assemblies will be able to move rates upward at any time and everything regarding the tax is “subject to change.”

“The potential changes you have suggested are in fact possible today,” Harmon countered, noting a simple majority is all that is needed to raise the flat tax.

Brady said the measure was ill-placed, especially during the COVID-19 pandemic.

“Clearly there’s an argument between our two parties,” he said, noting the flat tax “is trustworthy and brings certainty to the people of Illinois.”

“Eliminating that provision in our Constitution brings into a lot of question about what the tax structure will look like,” he said.

Harmon thanked lawmakers for a “civil” debate on the issue, but argued the tax will be most beneficial to those “kicked in the teeth” by the COVID-19 pandemic.

He also argued no one is talking about changing the rates, and closed by saying 97 percent of Illinoisans will pay the same or less than they currently are in income taxes under the rate structure which has already been signed into law and will take effect on Jan. 1 if voters approve the measure.

The measure passed 36-19 before the chamber adjourned shortly before 9 p.m. Action is still needed in the House.  Friday is scheduled to be the last day of the abbreviated session.

Per the measure, the text will appear on the ballot as follows:

PHOTO: Sen. Dale Righter, R-Mattoon, takes a break at his desk between an executive committee and the Illinois Senate coming back into session Thursday at the Illinois State Capitol in Springfield. [Pool photograph by Justin L. Fowler/The State Journal-Register] 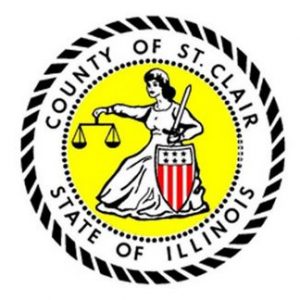 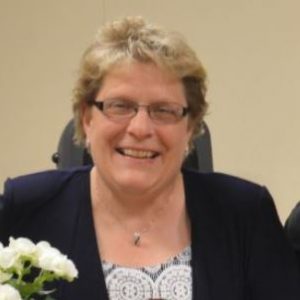 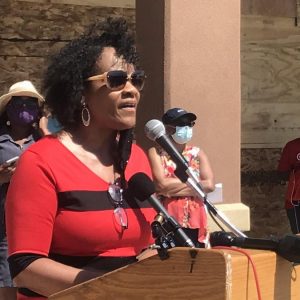