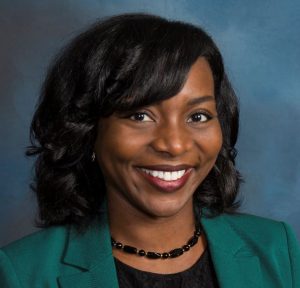 This is an expansion of her most recent role as program manager, Supplier Diversity, and Corporate Diversity lead for Illinois American Water.

In addition to her responsibilities of enhancing the company’s relationships with diverse organizations to broaden the utilization of minority, women and veteran suppliers, she will continue to support American Water’s Inclusion & Diversity Advisory Council as well as to build out the statewide I&D strategy by implementing effective best practices. She will become a strategic partner to Illinois American Water’s business unit leads and the company’s Human Resources team while serving as a change agent in designing and developing cutting-edge workforce strategies related to inclusion and diversity.

Carter Adams joined Illinois American Water in January 2018. Prior to that, she worked for the Mid-States Minority Development Council, where she served as executive director. In her career she has also led supplier diversity initiatives at the Federal Reserve Bank of St. Louis and Caterpillar Inc.