SPRINGFIELD — Gov. JB Pritzker said Thursday the Illinois Department of Employment Security is paying benefits to unemployed Illinoisans “in a timely manner” after a number of improvements were made to the oft-maligned process. 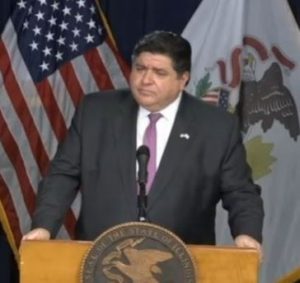 Personnel worked daily to “expand our systems and capacity” in order to address concerns from residents who could not access the online forms or reach a call center representative, the governor said.

“In many ways, they’ve been forced to build a new airplane while flying it,” he said.

Since March, the department has hired new employees and contracted retired ones, expanded the daily call center hours, updated its phone system and modernized its online portal. Its staff worked “thousands of overtime hours to process the avalanche of claims,” Pritzker said.

The governor announced the creation of a new call center staffed by 100 agents. Available Monday, it is designed to answer questions from residents filling out the online unemployment forms.

And for those using that web platform, he added, the system has been “improved measurably.” Web pages now load with less than one second of wait time.

The improvements come in time for independent contractors to file unemployment claims under a new federal program that makes those workers eligible for such claims. Pritzker said IDES will begin processing those forms Monday, but he urged eligible applicants not to wait.

The federal government mandates independent contractors or self-employed people apply for traditional unemployment benefits and be denied before they can apply for this new program.

The IDES website is “prepared to process more than 140,000 claims per hour,” the governor said, “and we will be using capacity at our new call center to support claimants starting Monday.”

Pritzker has faced criticism from Republican lawmakers about delays in the unemployment filing process, which he conceded was initially overwhelmed as more than 1 million Illinoisans filed claims since March 1.

Republicans said in a videoconference meeting Wednesday that their offices frequently field calls from constituent reporting problems with their unemployment claims.

Delays in the department’s ability to process requests came after a decade of being “often overlooked,” understaffed and gutted by state government disinvestment, Pritzker said. He said IDES has 500 fewer employees than it did when the Great Recession hit in 2008-2009.

The systems, Pritzker said, were not constructed to meet the “historic” demand, which was far greater than the 180,000 claims filed in the first nine weeks of the Great Recession.

The Illinois Department of Public Health reported 2,641 new confirmed COVID-19 cases, and 138 residents died in 15 counties over the previous 24 hours. That brings the state’s total to 70,873 cases and 3,111 deaths in 97 counties.

There were 17,783 tests results reported in the last 24 hours, meaning the positivity rate for those tested in that span was about 15 percent. A total of 379,043 tests have been conducted thus far.

She said officials are watching what will happen as the weather gets warmer and restrictions are loosened.

“Please let’s honor our elderly mothers and our grandmothers this Mother’s Day by keeping them safe,” she said. “To do that, please stay at home. Please wear your face coverings. Please wash your hands frequently.”

In the Northeast region of Illinois, she added, the infection rate is slightly higher than 20 percent. In the other three regions outlined in the governor’s plan to reopen the state’s economy, that rate is “well under” 20 percent.

Pritzker said he thinks a viable COVID-19 treatment may be available before a vaccine, a development that would help the state’s regions begin to reopen.

“An effective treatment, I think, is potentially on the horizon and that will change everything,” he said. “(The Rebuild Illinois) plan can evolve. I’ve said we’re going to change the playbook — we need to because things will change as we go forward.”

Pritzker said national sports leagues moving to restore their seasons is good for residents’ “psyche,” but his primary concern is ensuring their safety.
There is no state in the U.S. that can safely have thousands of people gathering in stadiums, Illinois included, the governor said. In speaking with sports officials, he said he learned many plan to resume games without fans physically present.

When asked whether the Nov. 3 general election will continue as planned, the governor said the General Assembly needs to pass a law allowing for mail-in ballots. He confirmed there will be in-person voting and how the state implements that with IDPH’s guidance “will be important.”
Pritzker said child care should not be a concern for parents because even under the stay-at-home order, 2,500 facilities were available. He added his administration convened a task force to ensure those services continue to exist.
Pritzker also announced his daily briefings will no longer occur on weekends.