For David Wittenauer and Tom Maloney, 2019 was another strong year for their O’Fallon-based commercial real estate business, Wittenauer Properties. 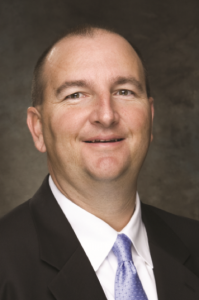 “Our team was lucky to be involved in some great projects last year,” said Wittenauer. “It was one of the best years I’ve had in my 25-year career.”

Some of the developments that Wittenauer and Maloney were involved in include the new Drake’s Come Play, HSHS Cancer Center, and the Serra Auto Group expansion. The pair was also responsible for leasing the redevelopment of the former Gander Mountain building in O’Fallon to Club Fitness and Northern Tool. In addition to these high-profile retail and office projects along I-64 in O’Fallon, Maloney said the team represented a large area land owner in the sale of a 138-acre family farm to the local school districts for future school development.

According to Wittenauer, one of his biggest concerns right now is the economic conditions caused by the COVID-19 pandemic. He said that while it is still too early to tell what the recovery will look like, there are some projects that are moving forward that are giving him hope.

One project in particular that Wittenauer has been involved in is the relocation of a local specialist medical group to the property adjacent to the new HSHS Cancer Center in O’Fallon. “We are excited about the continued growth along Regency Drive in O’Fallon. In addition to the medical office development next to the cancer center, we see great opportunity in the remaining land along Regency Drive along I-64,” said Wittenauer. The team is working on plans for additional medical office, professional office and restaurant developments on the property next to Dewey’s.

“We see the long-term demand for high-quality space remaining strong. We are also working on a new medical office development at 811 West Highway 50 in O’Fallon. It’s a prime location just west of the intersection of Green Mount Road and Highway 50,” he said. Overall, Wittenauer is positive about the continued growth of the Metro East region and believes that it will continue to attract both new businesses and families. “There will be a slowdown when it comes to new development. But long-term, I’m very optimistic about the future of the region and the continued opportunity for new development.”

This article appeared in the May edition of the Illinois Business Journal. To find more stories go to Current Edition at ibjonline.com